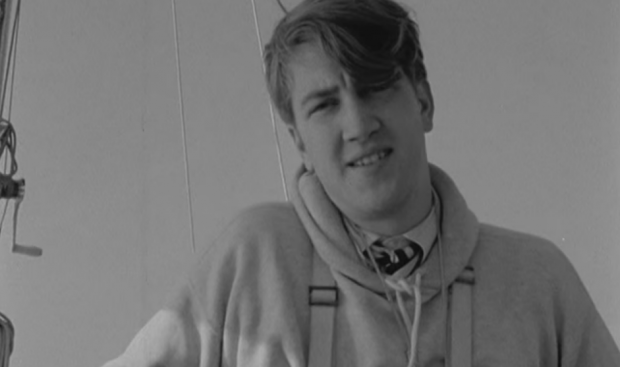 Before he became a maestro of dream logic and uncanny terror, surrealist director David Lynch was a young man with ambition. Today we have his first film, a documentary of a young Lynch, circa 1967, sailing the Chesapeake Bay with a mentor and his brother, 16mm Bolex camera in hand, shooting the ocean, the boat, and his companions. The entire piece feels strangely melancholic and oddly sinister, whether it be due to the lens of retrospection tinting the images — with the knowledge of the horrors Lynch would later unleash on the world — or simply the nature of vintage, grainy footage.

However, it is still a peaceful meditation from a young, blossoming filmmaker in what was clearly a much simpler time in his life. Lynch himself prefers to call this his “home movie,” which is very fitting to its stylings — there is no real narrative to speak of, nor is there sound. Instead, it is a quiet piece of faces and waves, smiles and contemplations that only subtly hints to the mad genius that would develop and unfurl ten years later with Eraserhead.

See the full video below, with a hat tip to MUBI: