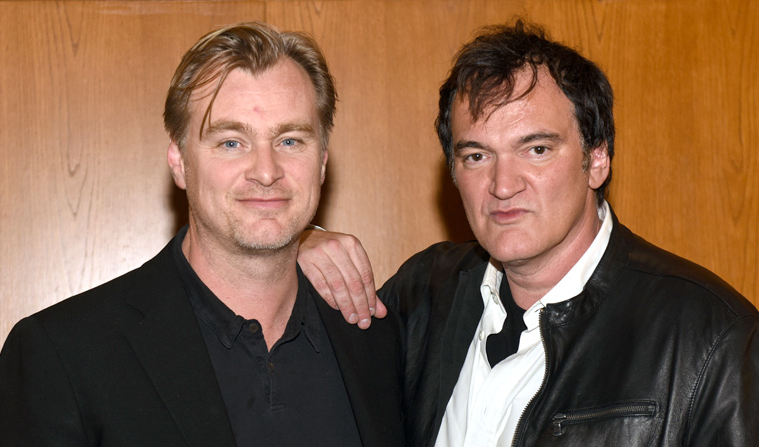 If over eight hours of talks with Quentin Tarantino and cast from The Hateful Eight aren’t enough, today we have another that will surely pique your interest. After experimenting with a 70mm roll-out last year for Interstellar, Christopher Nolan has now conducted a 30-minute talk with Tarantino in the same DGA theater where The Hateful Eight workprints were tested every week.

In the technical discussion, they talk about the benefits of the Ultra Panavision 70 in terms of framing and the eventual editing, as well not being able to use a zoom lens with this camera set-up, and utilizing a crane instead for certain sequences (Tarantino lovingly notes he felt like Max Ophüls). Perhaps most notably, Tarantino talks about The Thing being the biggest influence on the film (aside from Reservoir Dogs), and the only reference he showed the cast — yes, even including Kurt Russell. Towards the end of the chat, he also reveals some of Ennio Morricone‘s compositions are from an unused score for John Carpenter‘s aforementioned film.

So, as The Hateful Eight gets moved up to a wide release on December 30th, check out the talk below. Note that there are some spoilers around midway through. We’ve also included a pair of photos of Tarantino and Morricone at Abbey Road (via Peter Birro).