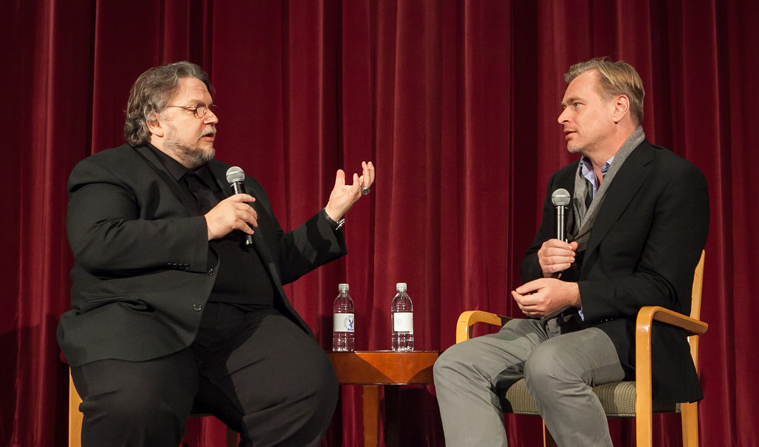 Although it hasn’t lit up the box-office in the way it perhaps should this Halloween season, Guillermo del Toro‘s gothic romance Crimson Peak is well worth seeking out for its lavish style and enjoyably heightened melodramatic tone. Along the press tour, the director has given a number of fascinating interviews about not only the film himself, but his career and love for cinema. A pair of the best talks have now landed today, thanks to the Directors Guild of America.

Over the last month, both Christopher Nolan and del Toro’s longtime friend Alejandro González Iñárritu sat down for extensive discussions on the project, separately. Nolan, who has seen the film twice, calls it a “visual feast” and talks about his love for the gothic romance aspect — something which he sees in some of the director’s previous work. Meanwhile, Iñárritu calls it a culmination of his entire career. While we could watch del Toro talk at length by himself, it’s particularly special to see the sorts of questions his colleagues can conjure up with their respective experiences in the film.

Check out the talks below in low quality or head over here for high quality. We’ve also included an extensive talk a few years back with Nolan and del Toro for Memento‘s 10th anniversary.

Here’s our conversation on Crimson Peak, if you missed it: