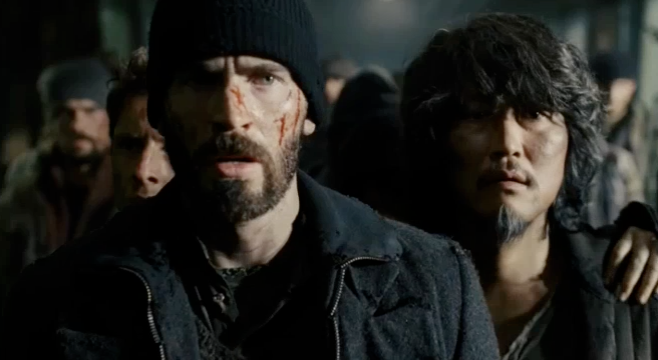 While we still don’t have a confirmed U.S. release date, Bong Joon-ho‘s post-apocalyptic drama Snowpiercer will be arriving internationally this summer. We’ve now got our first pieces of footage from the film, revealed in a one-minute featurette, mixed in with behind-the-scenes content. Like the bulk of the story itself, most of the footage takes place inside of our train (featuring our lead Chris Evans fighting to survive), but there is also a glimpse at some of the action outside. Also starring John Hurt, Tilda Swinton, Jamie Bell, Alison Pill, Ed Harris, Ewen Bremner, Octavia Spencer, Kang-ho Song and Ko Asung, one can see the first footage below as we await The Weinstein Company’s news of a release date.

Snowpiercer will hit theaters in 2013.