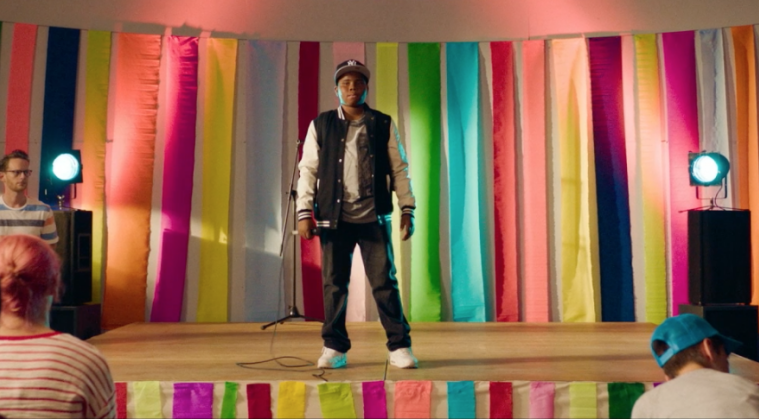 Watch: Chad Hartigan Explains the Discovery of ‘Morris From America’ in Exclusive Clip

One of our favorite films of the summer, Chad Hartigan‘s Morris From America is a sweet, stylistic, and affecting look at growing up as an outsider. With the film now arriving on Blu-ray today — complete with an audio commentary, casting tapes, bloopers, deleted scenes, and a making of featurette — we’re pleased to debut an exclusive clip from the special features, which details the discovery of star Markees Christmas as told by the director and the star himself.

I said in my review, Coming to Sundance with his tender character study This is Martin Bonner a few years back, director Chad Hartigan triumphantly returns with the coming-of-age comedy Morris From America, a stylistic leap forward that still retains a keen sense of humanity. Telling the story of our title character attempting to keep his identity while making friends in the foreign land of Germany, it’s also an acutely funny testament to single parenting and the specific bond it fosters when both sides put in their all.”

Check out the exclusive featurette below.

A heartwarming and crowd-pleasing coming-of- age comedy with a unique spin, Morris From America centers on Morris Gentry (Christmas) a 13-year- old who has just relocated with his single father, Curtis (Robinson) to Heidelberg, Germany. Morris, who fancies himself the next Notorious B.I.G., is a complete fish-out-of-water, a budding hip-hop star in an EDM world. To complicate matters further, Morris quickly falls hard for his cool, rebellious, 15-year-old classmate Katrin. Morris sets out against all odds to take the hip-hop world by storm and win the girl of his dreams.

Morris From America is now available on Blu-ray.