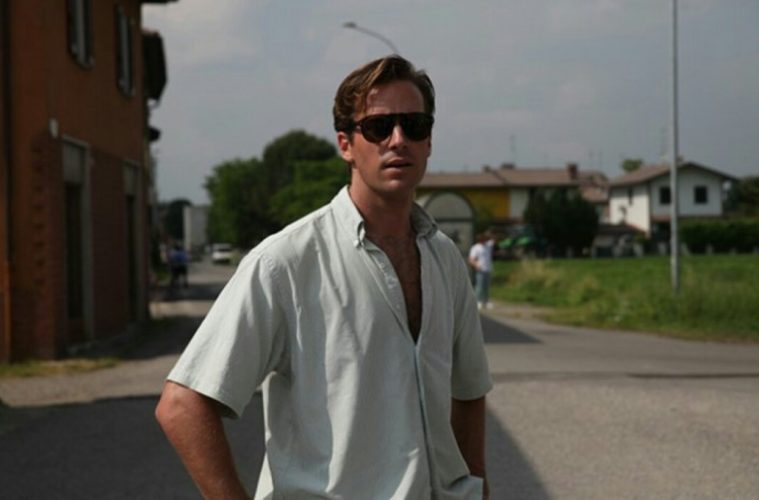 Watch: Armie Hammer Gives a Massage in First Clip from ‘Call Me By Your Name’

It’s been exactly a week since I saw Luca Guadagnino‘s follow-up to A Bigger Splash, Call Me By Your Name, and I’m still basking in the romantic drama’s afterglow. An adaptation of André Aciman‘s novel, scripted by James Ivory and the director, it follows a 17-year-old boy (Timothée Chalamet) who begins a romance with the house guest (Armie Hammer) of his professor father (Michael Stuhlbarg). The first clip has now arrived, and depicts an early scene featuring the first physical touch between our leads.

I said in my review, “‘I have loved you for the last time,’ Sufjan Stevens sings in his original song ‘Visions of Gideon’ in Call Me By Your Name. It’s a moment of both bittersweet happiness and a farewell to a passion that won’t be replicated again for Elio (Timothée Chalamet) as, deep down, he knows his relationship with Olivier (Armie Hammer) is over after his six-week stay in their Italian villa. Luca Guadagnino’s disarmingly nice and intoxicatingly sexy film is an extraordinary queer romance, one that evocatively explores the body and mind’s surrender to lust and love.”

Check out the clip below (via Vanity Fair) as well as new photos above and below. Call Me By Your Name will next stop at Berlinale before a release later this year.