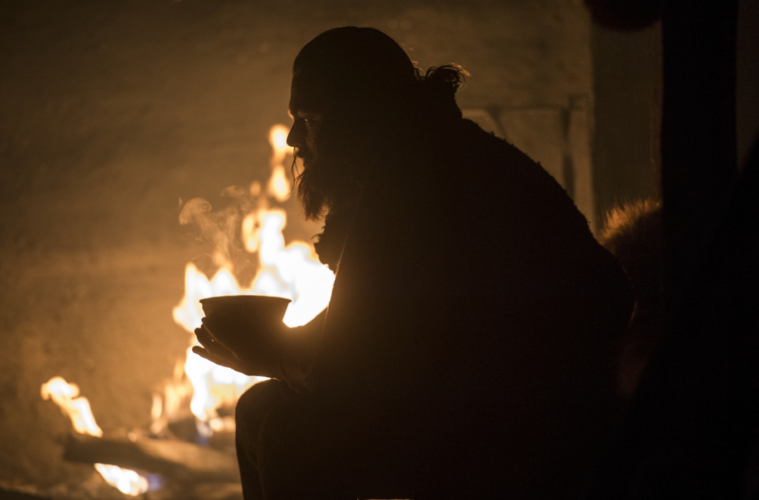 “I wouldn’t say that Westerns were a big influence on The Revenant at all, really,” Alejandro G. Iñárritu tells Film Comment. “I was looking more toward things like Dersu Uzala by Kurosawa, Tarkovsky’s Andrei Rublev—which is maybe my favorite film ever—Herzog’s Aguirre, the Wrath of God and Fitzcarraldo, even Apocalypse Now. These are movies that are epic, that have spectacle and are very grand statements, but are informed by the crazy fucking theatrical show that is the human condition. The beauty and harshness of nature impacts your state of mind in these movies. There’s a very intimate point of view from one single character in each. That’s the challenge. Anyone can film a beautiful landscape. Unless you have an emotionally grounded story in there, it’s all just fucking sorcery.”

While we’ve debated the merits of The Revenant‘s “emotionally grounded story,” there’s no denying the influence that Andrei Tarkovsky‘s films had on Iñárritu’s revenge tale. Here to get specific about their connections is Misha Petrick, who has selected 17 scenes from the film and placed them alongside similar clips from Andrei Rublev, The Mirror, Stalker, Nostalghia, and more, set to Ryuichi Sakamoto‘s theme from the Leonardo DiCaprio-led film. With distinct commonalities regarding framing, camera movement, blocking, and even themes in certain selections, it’s quite fascinating to see.

Check out the video essay below and see a 45-minute documentary on its making here.

What do you think of Tarkovsky’s influence on the film?