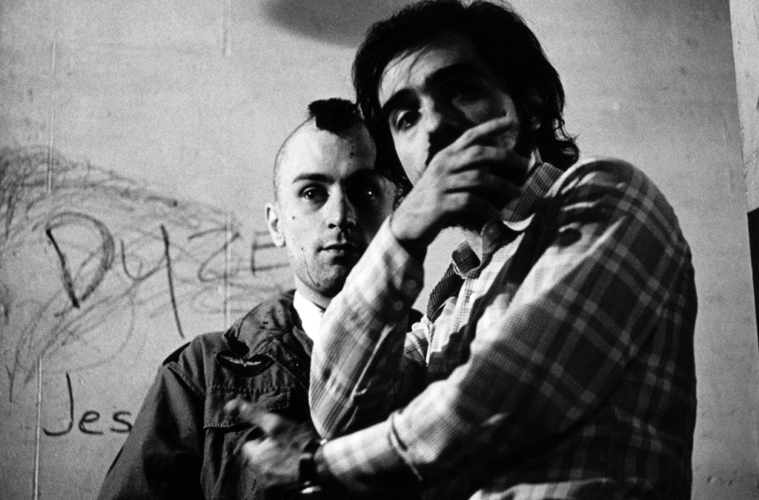 Released on February 8th, 1976, Taxi Driver is a film is so strongly a product of its director’s fascinations and cinematic ferocity that discussion of the film often is focused around Martin Scorsese. To highlight its 38th anniversary, we have a great 70-minute documentary, directed by Laurent Bouzereau and courtesy of A Bitter Sweet Life, that highlights the many contributions put forth by Taxi Driver’s ensemble of talented actors and artisans.

The methodical creation of Travis Bickle’s mohawk, screenwriter Paul Schrader’s encounter with a fifteen-year-old prostitute, and Robert De Niro’s experiences moonlighting as a real cab driver are among the most riveting stories in the documentary. Beyond the film’s themes of urban alienation and graphic violence, Taxi Driver remains a time capsule of a bygone city and genre of film devoted to the “anti-hero.”

On the surface Taxi Driver seems like reprehensible film with its lurid characters and unpleasant situations, but the documentary investigates the unexpected allure of the film. Even Scorsese concedes, “I thought at the time we were making a picture that wouldn’t necessarily speak to many people and I was surprised when it had such an acceptance.” Schrader argues that the loneliness exhibited by Travis is “part of a pathology we share,” while Jodie Foster claims it’s the film’s “moral center” that attracts us to it.

Whatever the reason, take a look a the documentary below and immerse yourself in the grit and mastery that is Taxi Driver, as well as a batch of behind-the-scenes photos and one featuring our director’s cameo: Is Taxi Driver amongst your favorite Scorsese films?