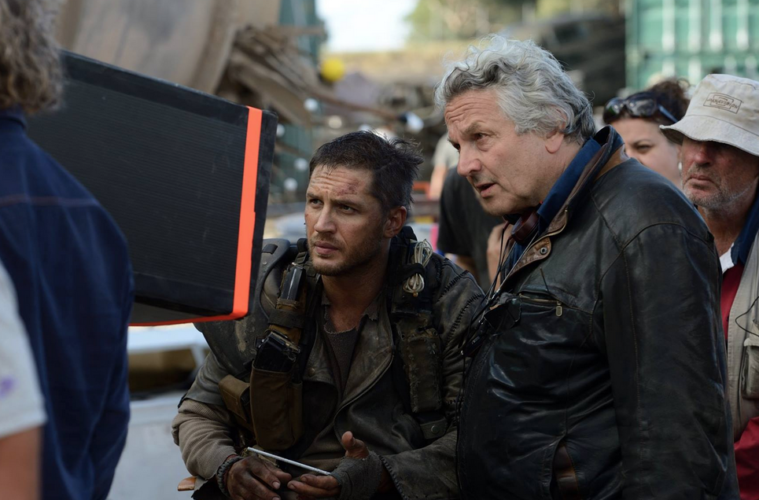 With only two weeks to go until our most-anticipated blockbuster of the summer, Max Mad: Fury Road, today brings a mountain of footage, both from the actual film and behind-the-scenes. While we’ll be stay far, far away as to make the theatrical experience better, if you want a peek behind the curtain, it can be had. Furthermore, we also have a few details from the film, thanks to a recent conversation between George Miller and Edgar Wright.

“This is ridiculous, but we shot 480 hours of footage,” Miller said, according to Vulture. “That’s three weeks [of] continuous watching without sleep!” He added a word of advice to his partner and editor Margaret Sixel, “If you cut it like those [other modern] action movies where everything’s really really fast and it’s an excuse for not respecting space or geography, it’s a kind of visual noise. You want the notes to be clear.”

As for the effects, he said “We had to do it old-school. This is not a CG movie, we don’t defy the laws of physics.” Speaking to the color, he added, “One thing I’ve noticed is that the default position for everyone is to desaturate postapocalyptic movies. It can get really tiring watching this dull, desaturated color.” As for the script side, there wasn’t much of one. Instead, he said, “We sat in a room and basically laid out 3,500 panels. So much of the movie [we storyboarded] is what you saw today.”

In turn, it made star Charlize Theron a bit unhappy. “There were times when I was like, ‘George! What are we doing?!’ We would show up with no scene numbers — we couldn’t even have a call sheet. And you look around and go, ‘What the fuck is going on?!,’ Theron tells EW (via ScreenCrush). “There’s part of me that’s like, ‘No fucking way will I ever do that [again].” While we have to wait and see if she decides to return to the franchise, check out the footage below, amounting to around six minutes of clips and nearly 20 minutes of behind-the-scenes footage.