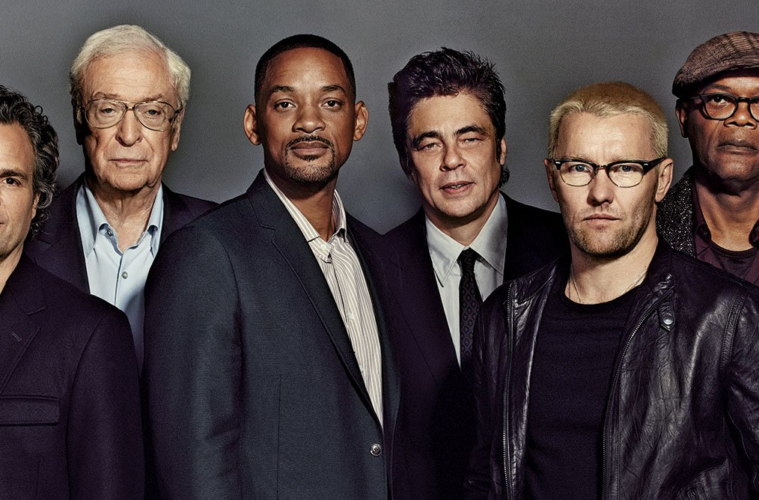 With just over a month until the Oscar campaigning finally concludes, there’s still a few more items of note. Today brings THR’s annual actors roundtable, in which Will Smith (Concussion), Mark Ruffalo (Spotlight), Benicio Del Toro (Sicario), Joel Edgerton (Black Mass, The Gift), Samuel L. Jackson (The Hateful Eight), and Michael Caine (Youth) all gather. During the one-hour conversation, they discuss getting into the business, their biggest fears and disappointments, who has taught them the most, their advice for young actors, and much more.

In one of the most interesting sections, after Caine talks turning down Alfred Hitchcock‘s Frenzy, Smith talks about turning down Django Unchained, saying, “[Quentin Tarantino and I] talked, we met, we sat for hours and hours about it. I wanted to make that movie so badly, but I felt the only way was, it had to be a love story, not a vengeance story. I don’t believe in violence as the reaction to violence. So when I’m looking at that, it’s like: “No, no, no. It has to be for love.” We can’t look at what happens in Paris [the terrorist attacks] and want to f— somebody up for that. Violence begets violence. So I just couldn’t connect to violence being the answer. Love had to be the answer.”

While we would’ve enjoyed Michael Fassbender, Tom Hardy, Leonardo DiCaprio, and others taking part, it’s a compelling conversation, and one can watch the entire thing below.

What’s your favorite performance from an actor this year?