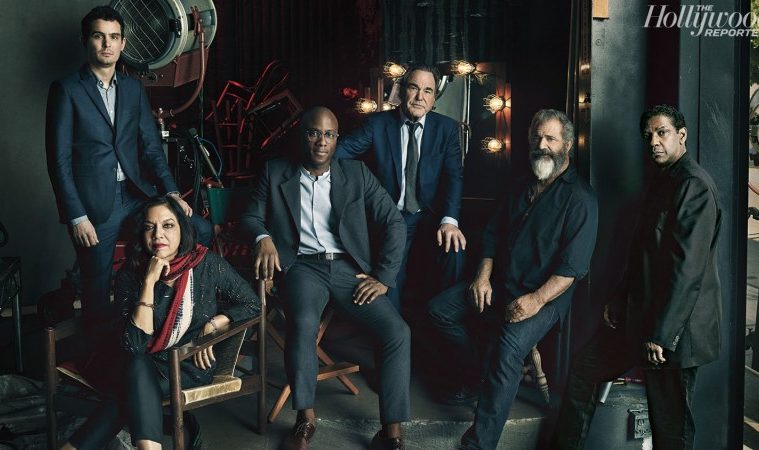 It’s the heat of the awards season, so you know the drill. The Hollywood Reporter gets one too many moderators and misses out on a number of actual contenders for a certain award, but gathers whoever is easily available to discuss their craft in an extensive roundtable. The latest in this series is for the directors and although there’s no Denis Villeneuve, Martin Scorsese, Kenneth Lonergan, Jim Jarmusch, Mike Mills, Kelly Reichardt, Paul Verhoeven, etc. in sight, they have gathered a few of the top helmers of the year.

Most notably we have Barry Jenkins (Moonlight), Damien Chazelle (La La Land), and Denzel Washington (Fences), who are joined by Mel Gibson (Hacksaw Ridge), along with the directors of a few early fall releases that have all but been forgotten by now, Mira Nair (Queen of Katwe) and Oliver Stone (Snowden). They discuss when they first fell in love with film (and if they ever fell out of it), what part of directing they enjoy the most, passion project, and much more.

“I didn’t really want to be a filmmaker growing up,” Jenkins says. “Other than Spike Lee’s movies, I would think, “Where is a place for me?” We were so damn poor that it just seemed too far beyond. But I ended up at Florida State University, and when they rebuilt the stadium, they had to put an arts program there [with] the film school. So I’m walking to a football game, and I see a sign that says “film school.” I go, “Oh, well, I like movies. Let me try this out.” First semester was terrible. I didn’t know you needed light to expose film.”

He continues, “So I took a year off, and I took a still photography class, started reading Sight & Sound and watching movies. Everybody in film school, the films they made were like [those of] the filmmakers they were obsessed with. A lot of Spielberg knockoffs. I was like, “I want my voice to be different,” so I started watching nothing but foreign films. I remember seeing Tarantino’s face on the box for Chungking Express, and I was hooked, man, I was just hooked.”

Check out the full roundtable below.

What was the best-directed film of 2016?