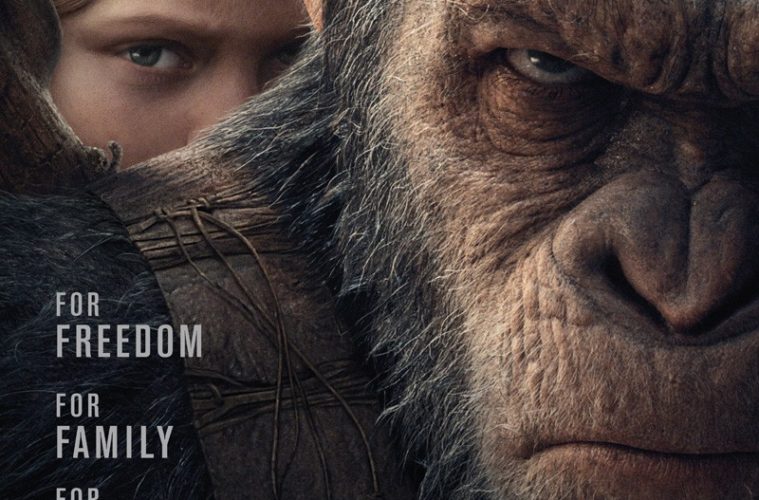 Review: ‘War for the Planet of the Apes’ is a Robotically Operatic Trilogy Capper

War for the Planet of the Apes is the most serious film ever made, or at least comes across that way with every decision made by director and co-writer Matt Reeves. While Rupert Wyatt commenced this prequel trilogy with a vigorous dose of campy fun in Rise of the Planet of the Apes, Reeves’ more operatic, unsmiling stylings were in full-force as warring sects of apes went toe-to-toe in Dawn of the Planet of the Apes. Now, in his trilogy capper, it’s a few years since Koba’s demise and the human-ape conflict is at its bleak pinnacle as the survival of an entire species is on the line.

It’s an admittedly dismal world in the decade-plus since the Simian Flu wiped out the vast majority of the population, which makes Reeves’ approach a conceptually fitting one. As child murder, suicide, disemboweled bodies, slavery, an extinction of an entire species, and more grim incidents not found in most summer tentpoles come into play, the dour tone set in the first moments of Dawn is thoroughly consistent all the way through War. The question, then, is if this unwavering approach brings forth the intended dramatic gravitas. The answer is a dissatisfying one.

There’s a moment of promise early on: Caesar (Andy Serkis) comes face-to-face with Colonel McCullogh (Woody Harrelson), leader of a rebellious army faction that aims to protect humanity at all costs. A horrible act is inflicted upon Serkis’ character and the camera pushes into their opposing, enraged faces as the stakes are indubitably set for the fierce showdown to come. As Michael Giacchino’s score shrieks with an over-the-top, cheeky intensity, there’s the notion that Reeves has embraced a sense of winking fun as we near the climax this trilogy has been lumbering towards. That sensation quickly dissipates as much of the next two-plus hours finds Reeves feigning character development with drawn-out close-ups that register as little more than an ostentatious showcase for the peerless visual effects.

Serkis once again gives a remarkable performance as his character grapples with the realization that Koba — who appears in haunting flashbacks — may have been onto something in his hatred for humans. The intended dramatic weight centers on the ideological battle between Caesar and McCullogh, and, in a world with extreme losses on both sides, we glean more about the sacrifices each leader has had to endure. While Harrelson’s simmering intensity brings an imposing physicality, nearly all of his characterization is clunkily reserved for a single scene that sets up all-too-obvious foreshadowing. When it comes to his Kurtzian character, Kong: Skull Island isn’t the only blockbuster this year to draw from Apocalypse Now, even if War does it in a less overt way. (Though, the climactic battle sequence has more than a few unmistakable nods.)

Mark Bomback and Reeves’ script, while intelligibly uncomplicated structure-wise as it embraces western tropes, is also thinly sketched, pre-supposing one’s attachment to these characters is greater than what actually renders, in scenes that feel like a string of clichéd signifiers that aren’t supported by a genuine dramatic weight. This trilogy could effectively toy with our allegiance towards humanity, thanks to the top-notch visual effects at the filmmakers’ disposal to render primates as authentic characters, but due to the level of self-serious import that devours every scene, it’s more likely one will come away feeling little loyalty towards either side of this conflict.

As for the actual story: much of War follows Caesar and his closest right-hand apes tracking down Colonel McCullogh and his battalion in order to enact revenge, and the aftermath to follow. In one illogical shot, the apes follow them so closely that one wonders if any of these army vehicles have rearview mirrors, and as their adventure turns more into Schindler’s List-meets-The Great Escape, we find a concentration camp with history’s worst security. For a filmmaker so evidently precise in his technical presentation — exemplified in a handful of painterly money shots of warfare — these missteps stand as curious red flags. It’s clear something is amiss when the production design, made up of dilapidated ski lodges and exemplary use of its British Columbia locale, is more captivating than the drama unfolding.

War of the Planet of the Apes has all the bombast and sense of finality seemingly required for the end of a trilogy, but there’s an underlying emptiness that nags with each scene. As an evolution of the morality play Reeves explored in Dawn, it still suffers the same fate: any discerning viewer will immediately latch on to everything these filmmakers have to say in the opening scenes, then must wait a few hours for the formulaic conventions to plod along. Aside from the amusing supporting character “Bad Ape” (Steve Zahn at his Zahniest) and a bit of peppy fun as a prison escape is carried out, a sense spontaneity and inventiveness is sorely missing. Humanity may be on its last legs, but if Reeves wants to dissect it in any compelling way, he should show at least a shred of it.

War for the Planet of the Apes opens on Friday, July 14.