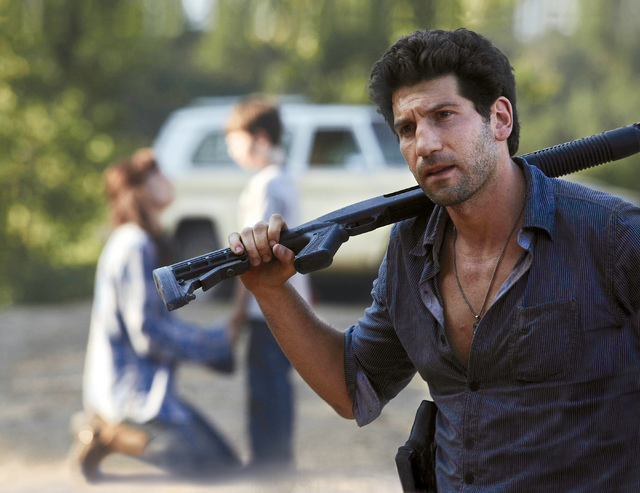 Before last year, Jon Bernthal was one of those actors that has had many bit roles in films and TV shows, the kind of actor whose face you knew but whose name escaped you. Then in 2010, he landed a supporting role in Roman Polanski‘s The Ghost Writer, and a major role in Frank Darabont‘s hit TV series The Walking Dead (which is currently airing in it’s second season to strong reviews). Since then, he has focused mainly on the show, but now Deadline is reporting that he has been casted in the upcoming action drama Snitch, co-starring Dwayne Johnson and Susan Sarandon with Ric Roman Waugh (Felon) directing.

The story centers on a “construction company owner (Johnson) who becomes a DEA snitch to reduce his son’s prison sentence.” Bernthal will play “Bernthal plays an ex-con laborer for the construction company who is forced by his boss to help connect him to an underground drug dealer.” Shooting begins early next month in Lousiana, and Bernthal can next be seen in Oren Moverman‘s The Messenger followup – Rampart.

In other casting news, the relatively unknown Australian actor Josh Lawson has signed up to join the upcoming Warner Bros’ comedy, Dog Fight. The film also stars Will Ferrell, Zach Galifinakis, Dylan McDermott, Jason Sudeikis, Sarah Baker, Katherine LaNasa and Brian Cox. It shall be directed by Jay Roach (of Austin Powers and Fockers fame), working from a screenplay by Chris Henchy and Shawn Harwell.

The story revolves around two rival election candidates in South Carolina, who become entangled in a dog fight, hence the title. With a strong cast and well known director, expect to hear this film’s name a lot more next summer. Dog Fight is aiming for a August 2012 release. [Deadline]

Are you looking forward to either of these films? Are you a fan of the actors who have joined the two projects?