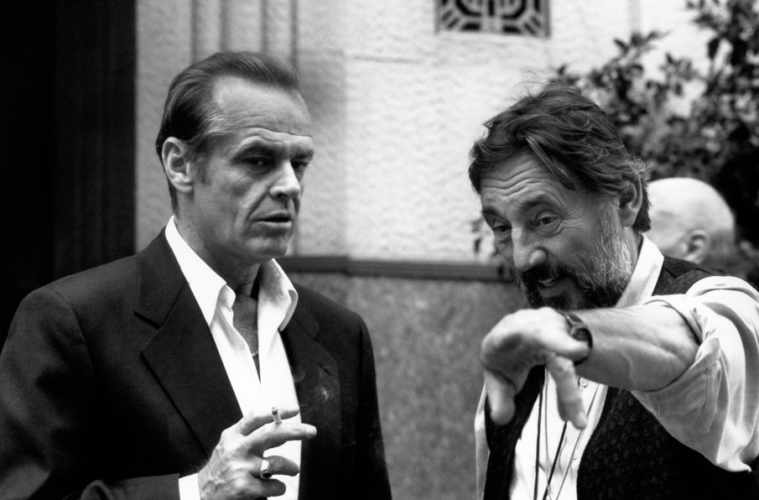 In the least surprising news of the year, Hans Zimmer will be scoring Christopher Nolan‘s WWII drama Dunkirk.

Watch a recent talk with László Nemes and Géza Röhrig on Son of Saul:

It’s easy—maybe a little too easy—to make fun of DiCaprio for his preparations for The Revenant, but the way that he works the press versus how Hardy works is a fascinating contrast. DiCaprio has been a movie star for the better part of his life (we’re only a couple years away from the 20th anniversary of Titanic), whereas Hardy has only recently become a name actor of some renown in the last few years. (In 2002, Hardy played the villain in Star Trek: Nemesis and almost had a brief run-in with fame, had the movie been a bigger hit.) Both actors occasionally go to extreme lengths for the characters they play, whether it’s eating bison liver or piling on the Coke and Haagen-Dazs to turn into feared British criminal Charles Bronson. They embody the modern version of a performer like Robert De Niro circa Raging Bull, less an actor than a Transformer.

The late Vilmos Zsigmond gives advice to aspiring cinematographers, and watch a tribute of his work:

Picture a TV that appears to be displaying a cheap, unnatural-looking image, even though it’s just come out of the box. We, or someone we know, have said something similar to the above when faced with just this situation. You may not be able to place a name on what’s happening, but you still instantly recognize the distracting, crisp falseness of the image. You know that’s not how TV’s supposed to look.