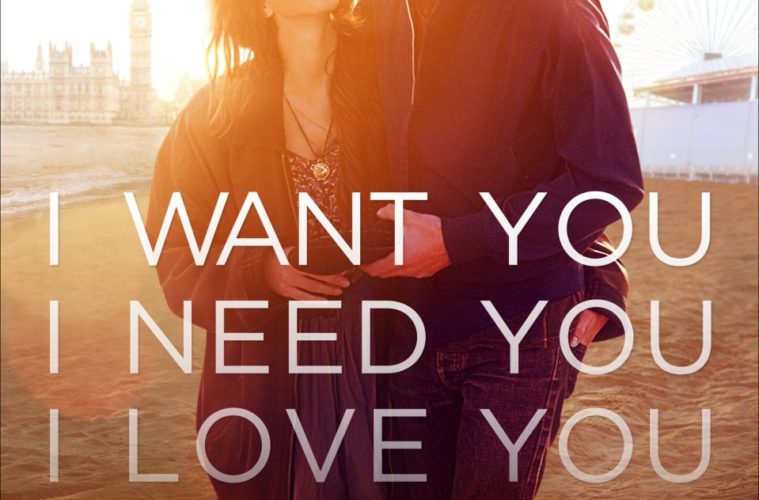 How much is one summer of euphoric love worth? To Jacob (Anton Yelchin) and Anna (Felicity Jones) – the world. Courted through a shy, sweet process of stolen looks and a mix of intellectual and sexual longing, these two college students begin a whirlwind affair without regard for the legalities of her eventual return to England once her student visa expires. Bureaucratic nonsense like that couldn’t be farther from their minds as a relationship builds, improves and cements itself as the great true love story of their lives. But when the time comes for her return home – just a two-month summer – lust, love and desire keep her from leaving. It’s an error of judgment that will follow them for almost a half decade.

Winner of the Grand Jury Prize at Sundance, Drake Doremus‘ Like Crazy has a wonderful handle on the present day angst of love and the troublesome process needed to make it work. He paints Jacob and Anna’s partnership as one worth a fight. An adorable couple with what appears to be an infinite reservoir of puppy love and affection, you know these two belong together. It’s a tale of star-crossed lovers who must overcome adversity, the pain of distance and the carnal impulses creeping and causing them to wonder if perhaps it wasn’t meant to be. With brilliant sequences like a time lapse of their sprawled bodies motionless in sleep each morning of their illegal summer, Doremus tells this emotional romance in charged snapshots jumping through time.

Told linearly with gaps aplenty, the film fills in its spaces thanks to the powerfully-composed script (also by Doremus) and charming performances from its cast. As time moves on, Jacob and Anna detach to start anew, but fate never gives up and they never completely lose faith. So while the screen fades to black and lifts again to show the couple months later, it’s never hard to understand what has happened out of sight. We’ll catch Jacob kissing a new girlfriend in Sam (Jennifer Lawrence) and Anna in the arms of Simon (Charlie Bewley), but it doesn’t take long before one flips the toggle on their phone to text the other how much he/she misses him/her. Their inability to be together trumps love for the moment, their compromised agreements to see other people created out of a fear of stifling each other. Sometimes love simply isn’t enough.

These quick bursts through time help us stay invested in the romance, rising and falling with their abandonment and inability to stay apart. Like Crazy becomes a concerto of bittersweet sadness and unchecked joy, the tempo of the song never wavering beneath an ever-changing melody alternately finding its power from their true love and the ones in between. It’s a painful dance for Lawrence’s and Bewley’s characters, but they do play an integral role to the immortal bonding of two souls. It’s hard not to feel sorry for how easily they are thrown away and reclaimed, but one cannot deny how their archetypes exist in every love story whether fact or fiction. We need the possibility of their victories to give our hearts to the union at the film’s center. The simple fact happiness can be found outside only adds to the strength of their constant return into each other’s arms. Co-written with the director by Ben York Jones, there is an authenticity in the script that can often fall prey to convenience and cliché. I won’t say it’s above these issues, but I will say it has a knack to overcome them. By fleshing out these two young lovers into successes—he a self-employed furniture designer and she a junior editor for a British magazine—we are able to appreciate their bond as stronger than fame and fortune. They could easily restart their lives and block out this unforgettable year where nothing else mattered; the filmmakers know this and let them try in vain. And although the idea of using the government to prevent their love is contrived, it somehow works. Anna’s parents, (Alex Kingston and Oliver Muirhead effectively falling inside the ‘cool’ trope of progressive adults), constantly try to free her from the red tape keeping these kids apart, but it will take time and the heartbreak wrought as a result might be too much to overcome.

Similar in tone and process as another romance from earlier this year, One Day, there is something more real in these lead characters. Yelchin is a bit stiff at times, but his evolution is never forced. The anger expressed when unable to see his girlfriend detained at the border as well as the numerous failed attempts to rescind her no fly status is authentic. We cannot blame his frustration from letting his infatuation lessen, nor the jealousy of distance from driving a wedge between them. In the same vein, Anna’s own frustration begs her to give up since her inability to leave England doesn’t prevent Jacob from leaving America. Although a plot hole of sorts to barely mention this alternate possibility, the dynamic does allow Jones to shine in her added self-pity. A winner at Sundance herself of the Special Jury Prize for acting, this young Brit is a revelation. Sweet, funny, radiant, and completely lovable, Jacob should do everything in his power to hold on.

And whether the two end up together or not at the end, Doremus never panders to true love or fate’s plan. A lot of time passes and too many trials and tribulations are endured. Sadly, the fact of the matter is that love isn’t everything. History plays a giant role in our interactions as well as the prospect of the future. We strive so hard to overcome adversity, but are always awakened to time’s ugly passing when we finally get to the other side. An open-ended finale as true to form as the film itself, Like Crazy’s final Polaroid is also possibly its best.

Like Crazy is currently playing at the Vancouver International Film Festival.