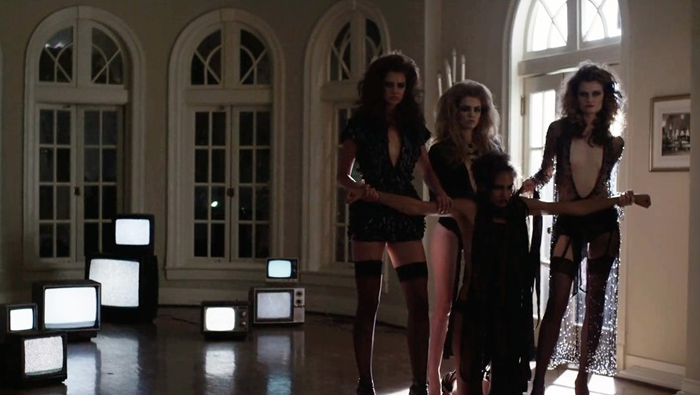 Update: Magnolia has picked up the film for a fall release and they add there is “the story of a deranged illusionist who obtains a magical object of great power, a homemade machine that opens a door to a parallel world, teenage skaters that unwillingly become targets of a Mexican death cult ritual, and a sinister, shadowy organization that is tracking a serial killer. See more details below.

After finding a workable (or at least profitable) method of production and distribution for V/H/S and V/H/S/2, the producers have announced the next film in the series. This third iteration will once again bring together a mix of notable and newcomers in both the directing and acting side for an anthology of loosely connected horror shorts.

Among the cast are Emilia Zoryan, Justin Welborn and Emmy Argo, but aside from the first still above, there’s no details yet on what the specific shorts will be bring. As someone who enjoyed at least a handful of the selections in each film, I’ll certainly give this a look, particularly with Vigalondo behind the camera for one. If history is to be repeated, we can expect a title change to V/H/S/3 and a premiere at fall festivals. [Screen Daily]

What do you think of the directors and the title?