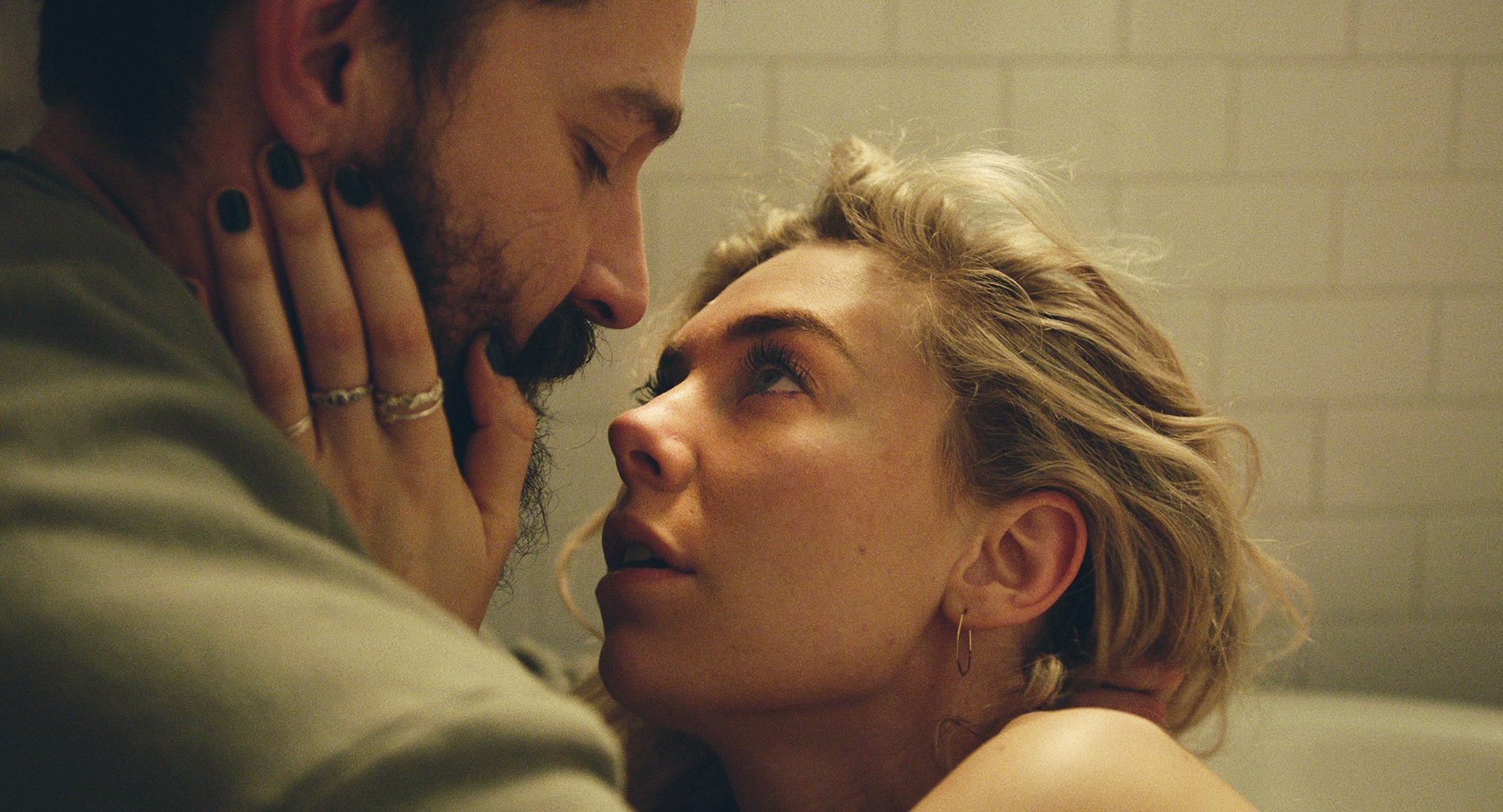 One of the most anticipated films going into the festival, Pieces of a Woman delivers, although in a less harrowing register than many assumed. The film is directly based on an experience Kornél Mundruczó and Kata Wéber, the director and screenwriter, underwent, and there isn’t a moment that rings false. Constantly surprising and keeping the audience off-balance, perhaps its biggest rug-pull is its overall humanist outlook.

Vanessa Kirby (Mission: Impossible – Fallout, The Crown) leads the cast, although the drama is an ensemble piece and frequently diverges from her point-of-view. She plays Martha, a Bostonian in her early 30s expecting a baby with her husband Sean (Shia LaBeouf, cast very much as type), a construction worker with a more volatile temperament. The two opt for a home birth, undertaken by a midwife who will come to their residence at short notice. She is played by Molly Parker, a still-underrated actress who makes an enormous impression in her few scenes. Shot in virtuosic long takes that never distract from the actors’ committed work, the home birth ends in tragedy.

Mundruczó and Wéber’s film then reveals its true nature as a portrait of grief and resilience. The arc of the narrative becomes Martha and her wider family’s response to a tragedy, and where to apportion blame. Hungarian director Mundruczó has a game cast of both legendary and up-and-coming actors to play out his scenario. Ellen Burstyn plays Vanessa’s mother Elizabeth in a remarkable performance that plays a subtler spin on her role in Requiem for a Dream. Audiences will also be delighted to see Sarah Snook (Succession), and Benny Safdie (no introduction needed for this publication) in impressive supporting roles.

With Martin Scorsese recently coming on board as executive producer to help its quest for a wider audience, all through the film, it’s fun amidst the woe of the plot to try and gauge what appealed to him. My guess it is the more old-fashioned aspects of this thoroughly contemporary story. In the vein of Douglas Sirk and Max Ophüls, Pieces of a Woman embraces the feel of the warm, female-fronted melodrama classics that came before it, focusing as it does on domestic life, placing Kirby and her mother’s conflict at the heart of the narrative. You can picture Joan Crawford playing either character.

Another point of interest is that this is Mundruczó’s English-language debut and he brings a refinement and tonal control many directors wouldn’t privilege in this story. There is breathtaking use of Steadicam and tracking shots, and scenes are allowed to go on longer than usual as we’re being invited into a naturalistic world. If there is disappointment in Pieces of a Woman, it is its wavering hold on the story; it is both too diffuse in its second act, and then wraps up neatly in a surprisingly sentimental fashion. As the title suggests, one can feel the female authorship in the story even though a man is behind the camera. Pieces of a Woman engages with many topical issues surrounding women’s health, and the connection of biology to psychology. It won’t quite leave one in pieces, but the film has a subtle grace all of its own.

Pieces of a Woman premiered at the Venice Film Festival.