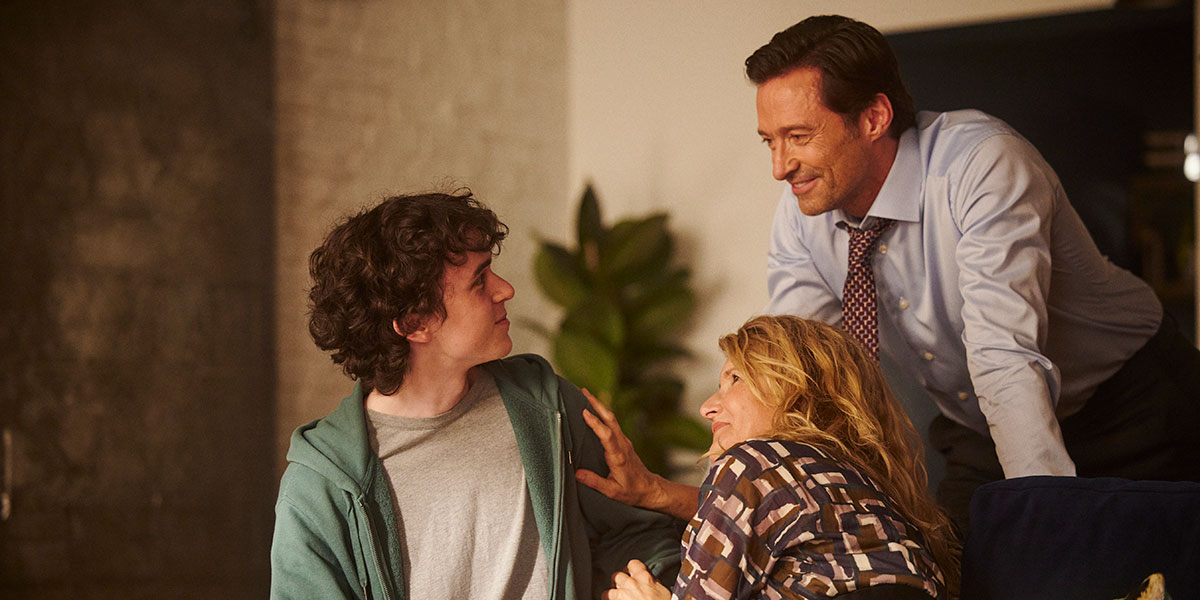 Frenchman Florian Zeller began as a novelist in his early twenties, quickly moved into a bright career as a playwright and theater director, and now finds himself writing and directing feature films. His 2020 debut The Father is what some might consider a mild success for a first outing: two Oscars––one for Zeller and Christopher Hampton’s adapted screenplay, another for Anthony Hopkins’ earth-shattering performance––and near-universal popular and critical acclaim. Needless to say, The Son, his sophomore feature, is poised for unassailable expectations.

The Father is an incredibly difficult work to follow up. It’s the kind of movie that changes your perspective through gripping creative exercise. Yes, you know that your dementia-affected loved one isn’t at fault for not knowing who you are, but can you embody the horror in turning every corner and not knowing who you’re talking to? Who’s in your house? Or if it’s even your house that you’re in? Zeller figured out how to use cinema in a way he couldn’t use the stage to immerse an audience in a dementia experience so vividly disorienting it plays like a gut-punch edge-of-your-seat thriller with real-world implications. The Son, on the other hand, is just a drama.

Which is not to say it’s not complex. Peter’s (Hugh Jackman) world is more awry than it seems on the surface. A career lawyer entering a burgeoning new phase in politics, he’s a clean-cut, well-to-do forty- or fifty-something who’s built a principled life on being a good and open son, husband, friend, and father—unlike his own. Jackman, an easily fashioned type-A dad hunk, is perfect for the part (and great in the role), but Peter’s far from perfect. He left some bitter loose ends dangling in the wind with his first wife Kate (Laura Dern), whom he up and left for Beth (Vanessa Kirby), his second wife with whom he now has a baby son named Theo.

Then there’s the titular son, Nicholas (Zen McGrath). The only child from his first marriage, Nicholas is a chronically depressed, shaggy-haired high schooler with no sense of existential direction and a stomach-turning desperation for help, a yearning for emotional mundanity. And he loves his dad. Peter sees him semi-regularly and they’ve always stayed relatively close, but it isn’t until Kate comes to Peter with bad news that Nicholas moves in and father and son live under the same roof for the first time since Peter left them.

The ensuing situation is an impassioned whirlwind of relationship crossfire between the four (Kate is in and out) that stirs up miniature emotional catastrophes. When Peter’s not home, Nicholas corners Beth about ruining his mom’s life and being the reason he spent half his childhood without a dad at home. When Beth’s not home he corners his dad on the same, who throws the concept of falling in love back in his face. Peter confronts Nicholas about cutting himself, which leads back to being left.

Kate tries to keep cool in every situation, always on the brink of tears wishing she had her husband back, but rather than being hysterical is resolved in her being abandoned. There’s a dad-off competition between Peter and his father that becomes a show of how disappointment is passed through generations of fathers and sons. Beth gets jealous about which kid is getting more attention. And most complicated of all are Peter, Kate, and Nicholas’s brutal conversations with therapists and psych professionals about the steps that need to be taken for an openly suicidal teen.

The Son weaves an impossible web of parenting decisions and familial relations that gives weight to its drama, but it’s not always earned. If The Son shares anything with The Father––outside of a Hopkins cameo that situates us in the same family and lends a duality to the title––it’s a sense of utter devastation. But where The Father organically left jaws on the floor and tears dried on unmoving faces, The Son wrenches pain out of you like a slightly more tasteful This Is Us. It’s the kind of emotional exploitation that’s hard not to cry at.

If I’m sure there’s plenty of relative truth to its scenario, that doesn’t creatively justify the presentation or embolden the story through statistics. It’s hard to imagine mal intent from the mind behind The Father, a film laced with an intoxicating empathy, but it’s not hard to imagine a lesser work. If we’re giving Zeller benefit of the doubt, it just goes to show how difficult it is for a director to make back-to-back bangers.

The Son premiered at Venice Film Festival and will arrive in theaters on November 11.