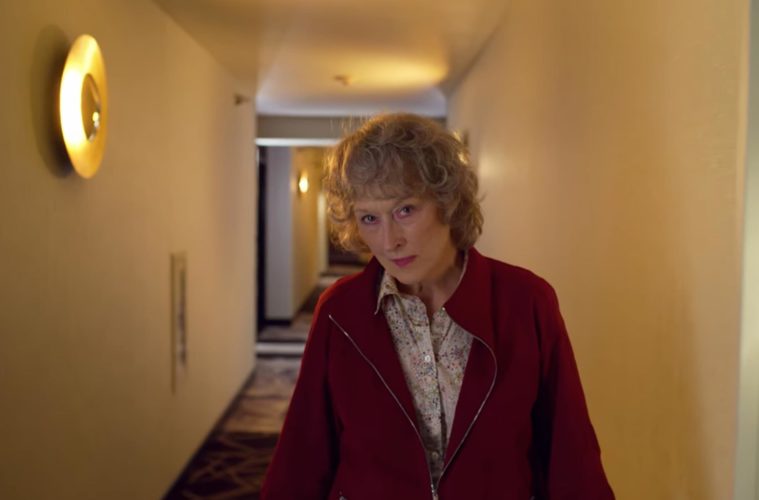 Benicio Del Toro in Traffic, Julia Roberts in Erin Brockovich, Michael Douglas in Behind the Candelabra–Steven Soderbergh has directed a great many stars to career peaks and the statuettes that follow. While Meryl Streep is probably the last person in need of help with such things, her first collaboration with the shape-shifting pioneer of American independent cinema can’t help but stand out amongst her illustrious career. A new entry into the financial satire sub-genre of Soderbergh’s filmmaking (a list including The Informant!, High Flying Bird, etc.), his new movie The Laundromat is an air-tight, tumultuous cinematic infographic about our rotten-to-the-core financial systems and, in particular, the 2016 Mossack and Fonseca leak, when millions of the Panamanian law firm’s files were anonymously leaked to the press.

A quick overview would be sufficient to suggest that this is Soderbergh’s answer to The Big Short. Filmmakers have recently woken up to the idea that solemnity is the enemy when dealing with topics of this density: Adam McKay had Margo Robbie explain sub-prime mortgages in a bathtub whereas Soderbergh–with better tact it should be said–has Gary Oldman (speaking in sharp Herzogian consonants) and Antonio Banderas guide us through the particulars. The duo play sequin tuxedo-wearing caricatures of Jürgen Mossack and Ramón Fonseca who show up throughout the film like Gonzo and Rizzo did in The Muppet’s Christmas Carol. Soderbergh has them introduced in a bravado opening long-take during which they explain the evolution of money by trying to give a dollar to a caveman. They get to say lines like “credit is the future tense in the language of money” and “time is just an illusion.” You get the gist.

Streep plays Ellen Martin, a woman who loses her husband (played by James Cromwell) in a freak leisure cruise accident in upstate New York before being screwed out of her insurance claim due to fraud connected with shell companies relating to M&F,  and so forth and so on. Martin is the heart of the movie, its impeachable folksy hero–and adorable, it should be said, in pastels and fishing hat. While acting as the film’s throughline alongside Oldman and Banderas, Martin’s story is just one in a cinematic portmanteau. Her arc, for one, is paralleled by that of the owners of the tragic leisure cruise ride (played by David Schwimmer and Robert Patrick) as they come to the realization that the insurance company was a sham. In one notable moment Schwimmer’s dejected character says “I tried to buy what I needed for less.” In the world of The Laundromat we are all, in our own small ways, accountable.

All credit to Soderbergh’s frequent screenwriter Scott Z. Burns, who has done a fine job of translating Jake Bernstein’s dense non-fiction account of the fiasco into such a zippy, cinematic trip. Split into five “Lessons,” The Laundromat makes a strong case for being the slickest film of Soderbergh’s effortlessly slick career–skipping, as it does, from the West Indies to Panama and China, and through a wide range of characters without ever missing a beat. In one chapter (titled: Bribery 101) a wealthy man (played by an excellent Nonso Anozie) confidently offers to buy his daughter’s discretion when she discovers he’s been sleeping with her college roommate. In another (Making a Killing), Soderbergh dips a toe into much more frightening waters with a brutal story of a Chinese factory owner (Rosalind Chao). This kind of scope allows for a wide ensemble cast and there are great little cameos for Sharon Stone, Jeffrey Wright, Will Forte, and Matthias Schoenaerts at his most Swoonaerts. Belfast’s David Holmes supplies his usual jazzy keys. Soderbergh, as ever, does pretty much everything else.

The film takes aim at many nations and individuals but notably leaves the good old U.S.A. until last, in particular, the tax haven in Delaware, a move that allows Soderbergh to make one perfectly executed meta gag that, for obvious reasons, need not be spoken of. Without preaching too much, the filmmaker seems keen to make the viewer more aware of their own complicity. In a way it makes The Laundromat an interesting b-side to High Flying Bird earlier this year–a film in which the director took a fascinating look at the more aspirational side of the money racket and how it is still possible for those getting rinsed from the top to take back some modicum of control. Ellen Martin, unfortunately, is not in the NBA and neither are the majority of us, but the finale of Steven Soderbergh’s latest–a cinematic foot through the saloon–suggests that he believes that all hope is not yet lost.

The Laundromat premiered at Venice Film Festival and hits theaters on September 27 and Netflix on October 18.