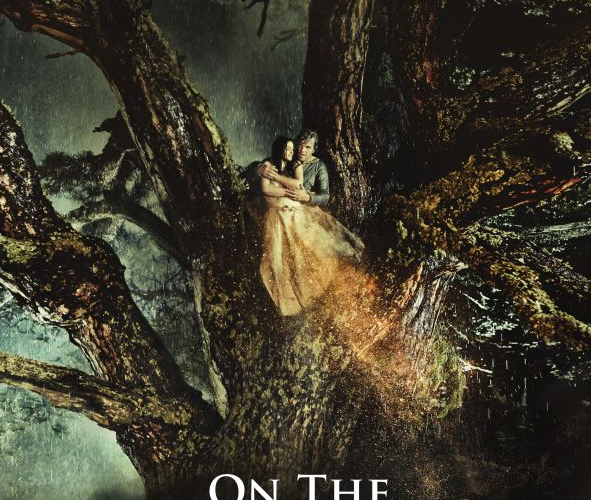 [Venice Review] On the Milky Road

Serbian director Emir Kusturica, once a revered name on the arthouse European scene, is back in the helmer’s chair with On the Milky Road. His return to fiction feature filmmaking comes after a few years spent directing documentaries (Maradona by Kusturica), doing some acting and contributing to omnibus films (Words with God – with his short Our Life nominally serving as inspiration for this one, executive-produced by Guillermo Arriaga).

While his recent works have done little to sustain this, it’s still surprisingly difficult in the world of 2016 to readjust perceptions of Kusturica after his rapturous, wildly energetic early successes. And that constitutes further burden on his latest film – a highly self-indulgent, magical realist fairy tale of profoundly uneven quality.

Spanning fifteen years and harking back to the days of the civil war, On The Milky Road is the story of Kosta, a milkman who braves the path along the frontline every morning on his comically undersized donkey. Kusturica takes his time in establishing a war-torn world that has settled into a drowsy routine, save for a few skirmishes here and there. The beautiful vistas across the Serbian mountains come across as more than pretty scenery in the first act, which in retrospect constitute the film’s strongest spell. Nature, along with the animal world, is clearly important for Kusturica – even beyond the traditional dichotomy which sees the purity of the natural world contrasted with the horror of war.

Animals feature more prominently than people in a series of lighthearted gags involving a doggedly determined snake, blood-bathing ducks, a majestic hawk (Kosta’s best friend) and some misbehaving horses. Meanwhile, scenes set in the local village remind you of what Kusturica used to do best – a long time ago – with their off-kilter liveliness and music-infused folk flair (Stribor Kusturica, the director’s son, provides the original score, while Emir has a field day playing the cimbalom). Though the exaggerated slapstick often misses the mark, it’s at least a promising set-up.

Content with his modest life as well as harboring the requisite tragic past, Kosta is quiet and immersed in his own thoughts, until the world forces him to act. The war is finally coming to an end, while former gymnast Milena (Sloboda Mićalović) really wants to get married. Kosta seems like the best prospect around, but the arrival of The Bride (Monica Bellucci), courtesy of a marriage broker, complicates things. She’s supposed to marry Milena’s brother (Predrag Manojlović), a legendary war hero about to return home. Kosta, however, can’t help but be intrigued by this mysterious foreigner.

Though admirable and reasonably effective in her Serbian-speaking effort (it helps that the character is herself learning the language), Monica Bellucci will never be the most open of performers, and that’s a problem for the film’s central relationship, given that Kusturica’s casting of himself in the lead role was already a giant misstep. Neither of them can inject any passion in this, which has repercussions on everything from the larger scope of the story down to the insignificant details – the film’s brief insistence on setting up The Bride and Milena as doubles (see them lying in hospital beds next to each other or framed in windows wearing identical wedding dresses) is frankly unforgiving considering Mićalović’s performance is at the opposite end of the spectrum (and then some) when it comes to energy and passion.

If the first part of On the Milky Road could maybe pass as endearingly nostalgic to fans of early Kusturica, the arrival of a commando – sent by The Bride’s ex-lover to wreak havoc in retaliation – signals a brusque turning point in the story and leaves Kusturica’s worst instincts free to run wild. It’s here that his idea of magical realism erupts into a symphony of contrived pastoral poetry, stiff choreographies, bad digital effects and all-around ludicrousness.

Kusturica’s reported – and subsequently denied – claims that the film was rejected by the Cannes Film Festival for political reasons likely were never real, but actually viewing On the Milky Road is the best way to dispel such rumors. However embarrassing, it’s clear that his love of Vladimir Putin is not the most pressing issue here.

On the Milky Road premiered at the 2016 Venice Film Festival.