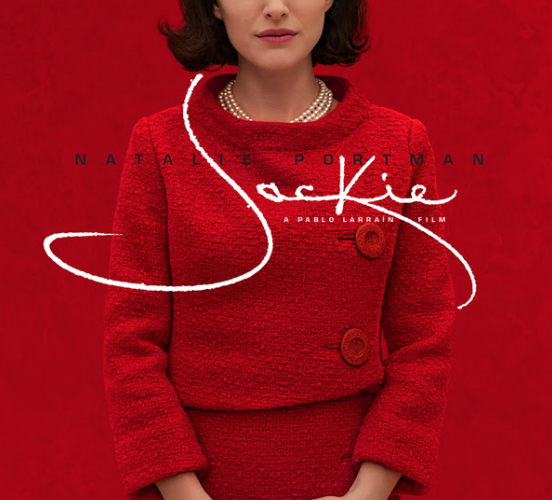 Chilean filmmaker Pablo Larraín certainly isn’t beating around the bush with his latest film, Jackie, a strange, refreshingly cynical, and unexpectedly cerebral account of First Lady Jacqueline Kennedy’s actions in the immediate aftermath of John F. Kennedy’s assassination in 1963. It’s one of three films to be released by the prolific director in 2016 (alongside El Club and Neruda), as well as his first to be made in the United States and English. Such changes in surroundings might have thrown a lesser director off, or at least compromised their style, but Larraín’s conviction, signature moves, and leftward-leaning politics appear to have remained intact. Produced by Darren Aronofsky and boasting a staggering, disorientating string-based soundtrack from Mica Levi (Under the Skin), Jackie has the sophisticated psychological aesthetic of a Jonathan Glazer movie but focuses on one of the most contentious and traumatic events in U.S. history. How’s that for radical filmmaking?

Natalie Portman takes center stage as Jackie Kennedy, immaculate in appearance and believably manic, but laboring just a wee bit with the accent. Noah Oppenheim’s script — sought after for years: first by Steven Spielberg, then Aronofsky, who eventually got it into Larraín’s hands — imagines the interview that took place between the recently widowed first lady and journalist Theodore White in the Kennedys’ Massachusetts compound on the weekend that followed JFK’s funeral. That exclusive interview would be the basis for an essay in a then-upcoming edition of Life magazine. Larraín uses this somewhat formulaic structure of cutting between present and past to offer a close-up, blow-by-blow account of the days that followed Kennedy’s assassination in Dallas, focusing on the near-PTSD effect it had on Jackie as well as her paranoia towards Lyndon Johnson; her relationship with Bobby Kennedy (Peter Sarsgaard); a vaguely homoerotic friendship with press secretary Pamela Turnure (Greta Gerwig); her conversations on the day of the funeral with a priest in Washington (a welcome John Hurt, although looking quite frail from his recent brush with cancer); and a revealing deliberation over her late husband’s funeral plans.

Shot in shallow focus close-ups of Portman’s face by cinematographer Stéphane Fontaine, the film makes its audience privy to nothing outside Jackie’s field of vision, aside from one moment when Johnson and a group of people saw the shooting of Lee Harvey Oswald. Larraín wants viewers to see things through the woman’s distraught eyes as she attempts to pick up the pieces of her own life and as American politics moves on around her. We see the fated event in a lightning-quick, wonderfully photographed and choreographed overhead shot of the cavalcade, but Jackie is a film that takes place largely in somber rooms of Air Force One and the White House. Jackie becomes obsessed with the death of Lincoln, wanting to emulate the great funeral the man had. Jackie is a story about securing your legacy, but also one of the woman herself simply wanting the show to go on. She had gotten used to being a Kennedy, it seemed. By voicing security concerns, President Johnson hoped for a subtle funeral. Jackie wanted to go out with a bang.

You can see a lot of Larraín’s 2012 film No! in Jackie’s expert blending of archive footage with mocked-up imagery of Portman et al., while — even more interestingly, perhaps — Larraín has retained that film’s (and surely his own) fascination with and cynicism towards American politics. There’s nothing subtle in Portman’s eyes when she looks on as Lyndon B. Johnson is sworn in on Air Force One the night of the assassination. There’s also a clear sense of menace and dizziness as Johnson’s wife, Lady Bird (significantly played by the great Beth Grant, often a baddie) guides Jackie and John to the cavalcade in her home state of Texas. This is enemy territory, Larraín appears to be suggesting. Another interesting casting is Sarsgaard (always brilliant playing a sleazebag) as Bobby Kennedy, who is often portrayed as an angelic figure in movieland. Larraín’s Bobby is frustrated and cynical, and even seems to harbor an unrequited love for the First Lady. He speaks in a petty way about Vietnam, describing it as something John had lined up only for Johnson’s administration to “knock ‘em down.” Self-preservation, legacy, and the family name are at stake here, and seemingly little else matters.

White’s essay would later become famous for a particular passage wherein Jackie describes JFK’s presidency as an idealist “Camelot,” with the Kennedys as a sort of American pseudo-monarchy. None of the things the president is credited with today — the Apollo missions, progress in the civil rights movement, and so on — had yielded any fruit by 1963. Jackie’s prerogative at the time — or so Larraín’s film suggests — was purely keeping that myth alive. This is remarkable stuff from a director on the cusp of the mainstream. You sense an American filmmaker might not have managed it.

Jackie premiered at the 2016 Venice International Film Festival and will be released on December 2.