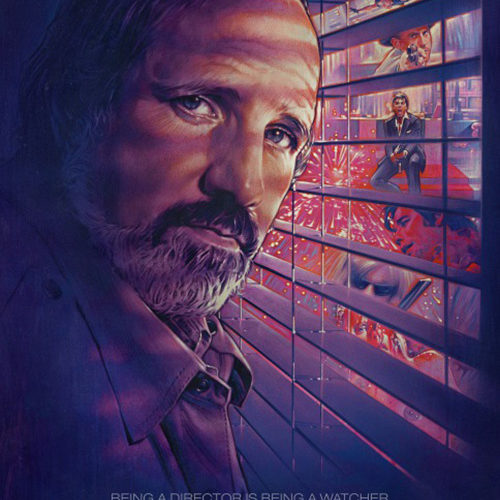 Earlier this year, Kent Jones’ Hitchcock /Truffaut — a documentary on the famous interview sessions between the two directors — boasted perhaps the most chaotic, dignity-threatening queue of any film screened at Cannes. There is a craving for this sort of thing among cinephiles it seems and it’s easy to see why. Directors just seem to open up much more when speaking to one of their own kind. Brian De Palma, the subject of this fine documentary, says that they’re “the only ones who understand what we go through.” Over the last five years, fellow directors Noah Baumbach and Jake Paltrow shot over 30 hours of interviews with the movie icon and have distilled them down into this rich feature-length documentary. De Palma is a fascinating, revealing, and compelling overview of a remarkably eclectic career, but it’s also a seldom-heard first-hand account of what it’s like to work inside and outside the Hollywood system.

The film plays out between movie clips and interviews with De Palma himself — always in the same blue shirt and always in front of the same fireplace. We open on shots from Vertigo with De Palma discussing the effect that Alfred Hitchcock’s movies have had on his life, an influence that is referenced throughout. He says that filmmaking is being able to tell the audience what to look at.

The stories from here never stop. From discovering Robert De Niro in a workshop in Sarah Lawrence and directing Orson Welles at thirty years of age, to the success of Sisters and Carrie in the 1970’s, kicking Oliver Stone off the set of Scarface, to filming Blow Out, The Untouchables and Dressed to Kill the decade after, the list of highlights is staggering.

He reminisces on the flack he took from audiences and rating boards along the way as well as the benefit of being championed by Pauline Kael in The New Yorker. He discusses his relationship with composer Bernard Herrmann before his death in 1975, as well as working with Pino Donaggio and Ennio Morricone thereafter. The sniggering reactions to the Carrie remakes, as well as Scarface’s influence on hip-hop and gaming culture, are particular highlights.

The friendship between Baumbach, Paltrow and De Palma seems crucial to the film’s ease and flow. In an interview for Scene by Scene in the late 90’s, the critic Mark Cousins — a great admirer of De Palma’s work — introduced him by saying that he’d been told he was “a grumpy bastard.” By stroking his ego a great deal, perhaps, Baumbach and Paltrow seem to unearth a much lighter side to his character. His stories burst with wry humor and irony throughout, often breaking out in Errol Morris-style hoots of laughter or shouting, “Holy mackerel.” We see a side to the director that hasn’t quite been seen before — his “alligator smile,” as Kael once described it.

De Palma makes you wonder why there aren’t more films like it. It’s a surgical insight into the mind of one of New American Cinema’s most divisive, provocative and eclectic characters, but it should also be cherished as a first-hand account of a totally singular time in Hollywood. Like much of the director’s work, it’s riveting stuff from top to bottom.

De Palma premiered at the Venice Film Festival and will be released on June 10 by A24.