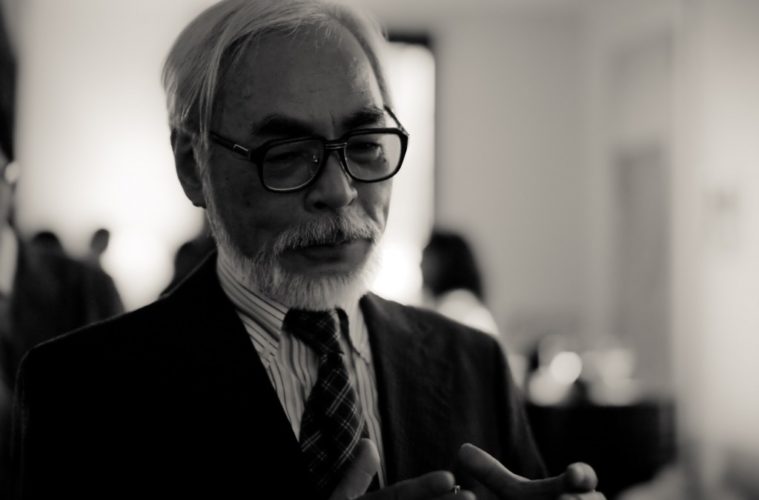 While we have a wealth of documentaries that go behind the scenes of a variety of live-action projects, it’s rare to get one that peeks behind animation studios. There’s Leslie Iwerks‘ The Pixar Story and a few going behind specific projects, but now one of the world’s greatest companies is getting the much-deserved documentary treatment. According to Anime News Network, Mami Sunada (Ending Note: Death of a Japanese Salaryman) is putting the finishing touches on a look behind Japan’s Studio Ghibli. Titled The Kingdom of Dreams & Madness, the film follows Hayao Miyazaki, who is working on Kaze Tachinu (The Wind Rises), as well as Grave of the Fireflies director Isao Takahata and his upcoming Kaguya-hime no Monogatari (The Tale of Princess Kaguya), and lastly producer Toshio Suzuki, helping out with both projects.

There’s not a great deal of information on the specifics of the project, but it’s set to debut this fall in Japan and features a fly-on-the-wall look at the everyday work in at the studio. Explaining the title, Sunada also says, “I think that having a dream entails having a bit of madness, no matter what the profession. There are times when you will go to extremes, and times when you are feared by others for that.”

Speaking of Miyazaki, his latest film is set to debut in less than two weeks in Japan and some early impressions have come in via Rocket News, following the first look at footage. Featuring Jirō Horikoshi, a man best-known for designing the Zero Fighter plane used in bombing Pearl Harbor, they say it’s not action-packed, but rather a “quietly beautiful work of art.” They add that, “Ultimately, this movie is not about poverty or war, but about one man’s determination to stay true to his dream and create something truly beautiful, in this case a plane.” One can read more on their site, but they wrap up saying, “the whole experience of seeing the movie felt oddly like being in someone else’s dream.”

Are you looking forward to the documentary and Ghibli’s upcoming works?