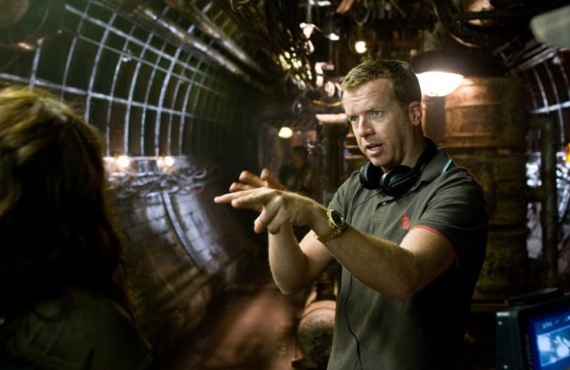 Hasbro must be a bit frustrated. Only days after Universal dropped its Gore Verbinski-helmed Clue adaptation, it is now looking to dump its planned adaptation of the popular board game Ouija, which had Michael Bay producing and McG set to direct [New York Magazine]. Considering that the board game has sold over 12 million copies worldwide, this comes as a bit of a surprise.

Both pieces of news are interesting when considering the upcoming release of Battleship, Universal’s big, big bidget actioner based on the Hasbro board game of the same name. Ouija, once set for a November 12, 2012 release, has been put into turnaround, despite the Terminator Salvation director attached and a new draft from Sherlock Holmes scribe Simon Kinberg delivered. The idea was to find the Spielberg-ian adventure inside the board game via Kinberg’s script. I guess we’ll never know. Unless another studio picks it up of course (Paramount, a friend to both Bay and Hasbro thanks to their Transformers franchise, apparently passed on the property).

It’s been a strange last few weeks for big studios. Giant projects are getting scrapped left (Disney’s Lone Ranger) and right (Antoine Fuqua’s South Paw) thanks to ballooning budgets and uncomprising production schedules, while smaller, smarter films like Source Code, The Adjustment Bureau and Rise of the Planet Apes (granted, $93 million isn’t small, but much smaller than $200 million) continue to surprise with healthy staying power at the box office. Let’s not even talk about the $90 million 3D miscalculated remake of Conan the Barbarian.

It feels like a time for change for big studio films, and the news of another dropped adaptation only adds to the hunch.

Would you have paid to see a Quija movie, directed by McG?