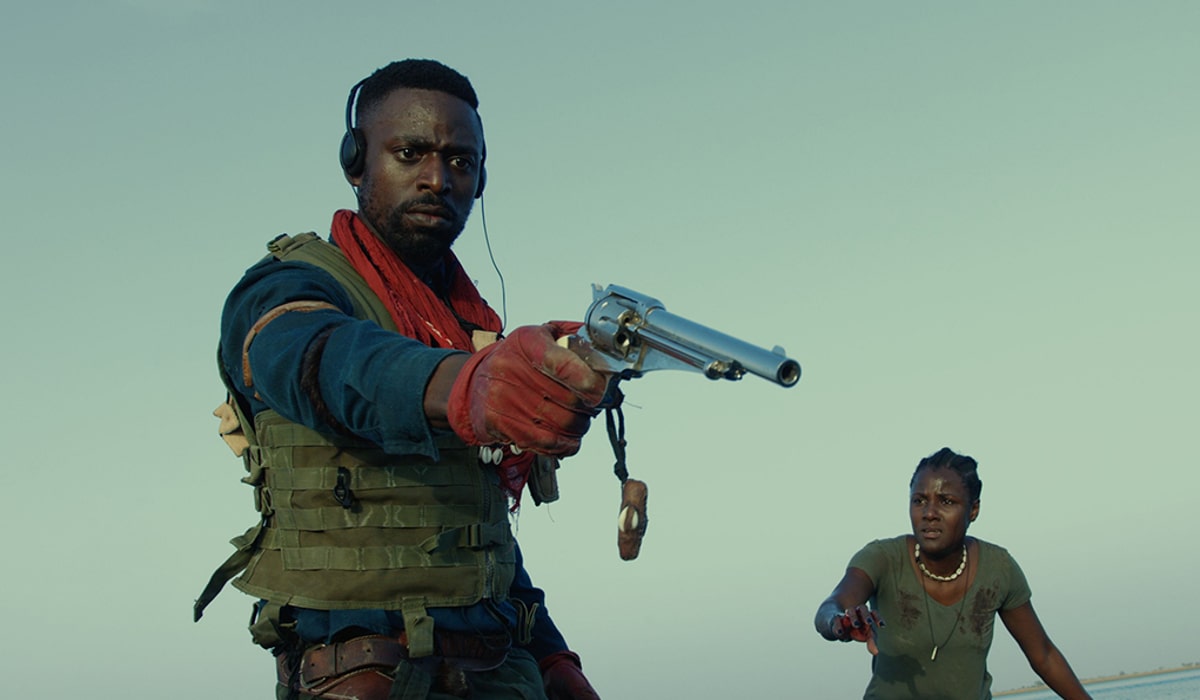 One of the most acclaimed films at last year’s fall festival circuit, playing at TIFF Midnight Madness, Fantastic Fest, and more, Congolese director Jean Luc Herbulot’s Senegalese thriller Saloum will finally arrive next month. Ahead of the September 2 release from IFC Midnight and Shudder, the first trailer has arrived for the film that follows three mercenaries extracting a druglord out of Guinea-Bissau who are forced to hide in the mystical region of Saloum, Senegal.

Jared Mobarak said in his review, “The infamous “Hyenas”—three mercenaries running amok throughout Africa—are caught in the air with gold bars, the drug lord (Renaud Farah’s Felix) they’ve been hired to extract, and a failed fuel tank leaving them with bad and worse options for an emergency landing. The Guinea-Bissau authorities won’t let them leave without a fight on the ground and they’ve surely alerted their Senegalese counterparts already, but Chaka (Yann Gael) knows of a secret beach from his past where they might be able to lay low and find the materials to repair their plane’s damage. Rafa (Roger Sallah), the muscle to Chaka’s brains, doesn’t like the idea while Minuit’s (Mentor Ba) mysticism has him believing their leader is hiding come crucial details, but they follow him just the same.”