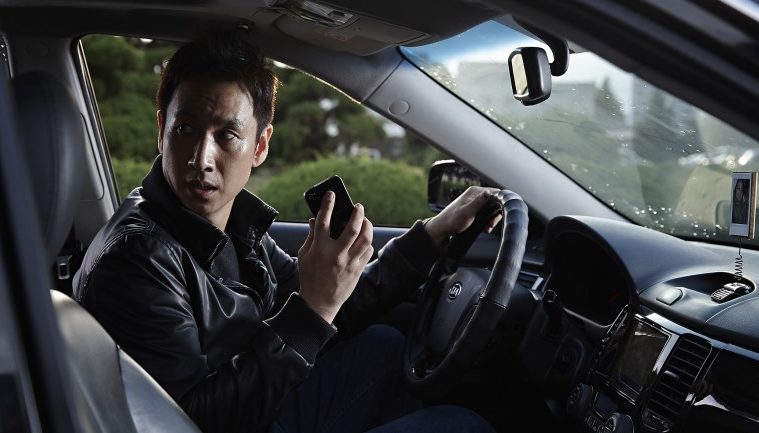 Of the many, many films that are produced in South Korea each year, only a small handful make their way to the U.S. in any official capacity. (Unless you’re a name director, e.g. Park or Bong, this game is the distribution equivalent of getting noticed in Times Square on any given afternoon.) One imagines, then, that a company as smart as Kino Lorber have found things of particular interest in Kim Seong-hun‘s A Hard Day, a knotty-sounding thriller with the sort of set-up that can either lead to a lively set of twists or near-incoherent nonsense. Korean thrillers don’t really have many other directions, actually.

The first trailer has arrived today, and while it’s a good piece of marketing — and regardless of the fact that I like what’s shown here, speaking on a technical level — we’ll just have to wait and see. Nevertheless, early reactions have been strong, more or less confirming what I hoped we’d be getting from this particular material. (Expectations were also boosted by the presence of Hong Sang-soo regular  Lee Sun-kyun.) It seems as if the summer offers yet another left-of-center title to anticipate.

Driving back from his mother’s funeral, homicide detective Gun-su runs over a man in a dark rural street. In a moment of desperation, he dumps the body in a coffin alongside his mother. A few days later, Gun-su flips through a listing of open cases and finds his accident victim. His colleague is on the accident case and is slowly making progress. Making matters worse, a witness steps forward, a detective named Park. For a reason unclear to Gun-su, Park wants the body. Without another choice to depend on, Gun-su digs his mother’s grave and retrieves the body, only to find gunshot wounds on it. As Park’s threats become more vicious and hits closer to home, Gun-su decides to face Park head-on once and for all.