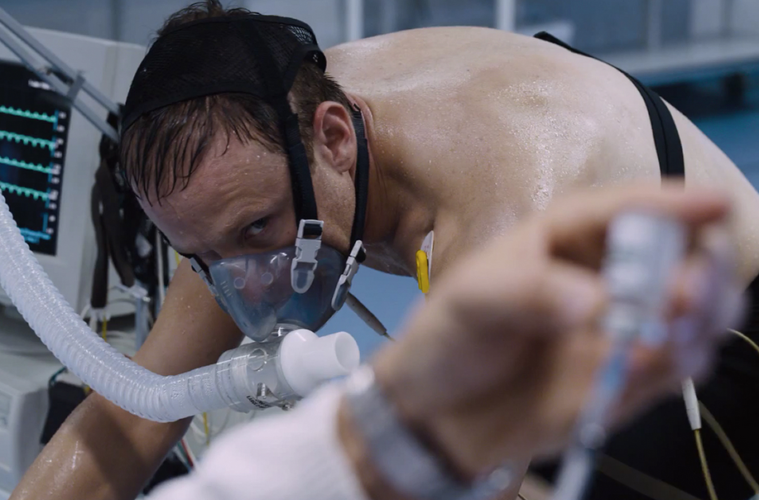 It didn’t quite make a splash upon its festival debut last fall, but we’re still somewhat intrigued to see if Stephen Frears has anything new to offer when it comes to the life of Lance Armstrong. Portrayed by Ben Foster, he looks to be giving a committed lead performance alongside Lee Pace, Chris O’Dowd, Dustin Hoffman, and Jesse Plemons. Ahead of a theatrical release next month, we have a new U.S. trailer for the biopic.

We said in our review, “When you think about what Lance Armstrong did to the sport of cycling—winning seven straight Tour de France titles before finally being revealed as a cheater—you have to laugh. It’s funny how much stock people around the world put in professional sports and athletes only to see their fallibilities as a betrayal. Celebrities in other vocations screw up all the time; some have found their fame specifically for screwing up. But there is integrity to athletics that must not be tainted in the public consciousness. Somehow sports aren’t purely for entertainment because if they were we wouldn’t care that Armstrong doped. We loved him while he did it and that fact will never disappear. I sincerely hope that both screenwriter John Hodge and director Stephen Frears understood the farcical nature of his story because I want to believe the comedy streak running throughout The Program is intentional. ”

He was one of the biggest sports heroes of our time: Lance Armstrong has revolutionized in the nineties with his team the sport of cycling, he won seven times alone in the Tour de France. With his fight against cancer, he became the charismatic icon of millions. But then the truth of his success is revealed: The sports journalist David Walsh covers a system of lies and cheating on … After “The Queen”, director Stephen Frears focuses again a cult figure of the present and shows how close greatness and megalomania often to each other. A fascinating portrait with US actor Ben Foster as Armstrong worthy of an Oscar occupied.

The Program will hit theaters on March 18th and on DirecTV on February 18th.