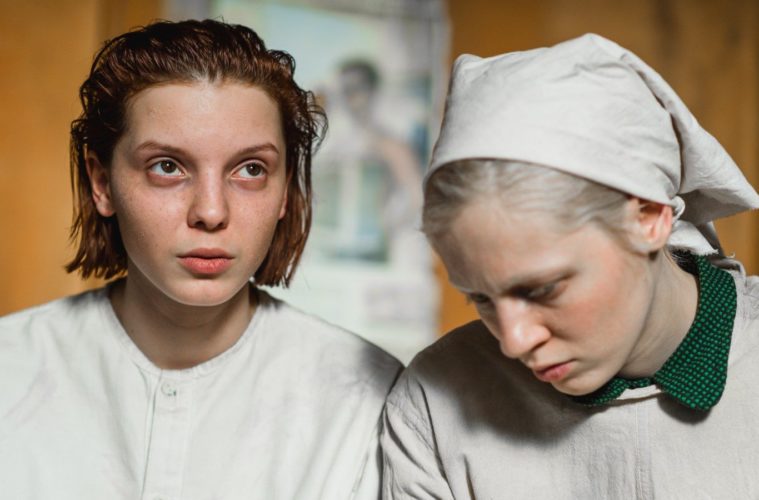 Russia’s official selection for the 92nd Academy Awards, Beanpole is the achingly beautiful sophomore feature by the burgeoning auteur Kantemir Balagov. An official selection at Cannes, TIFF, and NYFF, Kino Lorber has now unveiled the U.S. trailer for the film that contributor Zhuo-Ning Su in our review praised as “blisteringly insightful.”

Winner of the prestigious Un Certain Regard for Best Director at Cannes, Beanpole follows the trajectory of two women, Iya and Masha (newcomers Viktoria Miroshnichenko and Vasilisa Perelygina), in post-World War II Russia as they readjust to the newly haunted landscape. They find common ground as former anti-aircraft gunners, and struggle to rebuild their lives as a shocking accident brings them closer together and seals their fate.

Kantemir Balagov recently sat down with us for an interview and shared his thought process in crafting a narrative that dealt with how women were affected by the war. “Tthe main focus was female loss—personal loss, but also feeling complete psychological loss once the war is over. The most important thing I wanted to highlight for my generational peers was the undervalued role that females played during the war, which has never really been highlighted or talked about in Russia.”