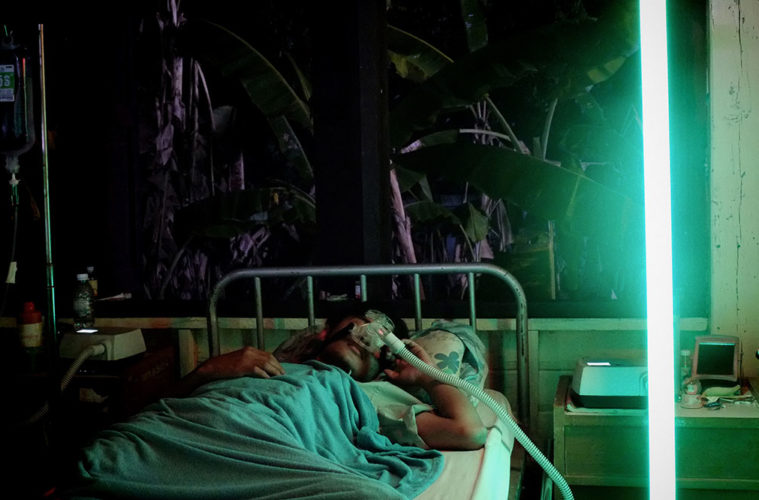 U.S. Trailer for Apichatpong Weerasethakul’s ‘Cemetery of Splendor’ Takes Us to the Great Unknown

Now here is a fine motion picture. Thailand’s Apichatpong Weerasethakul has left a lasting impression with his most recent feature, Cemetery of Splendour, the slow, deceptively simple story of a soldier-filled hospital afflicted by some mysterious sleeping sickness that may or may not be connected to the warring spirits of long-deceased kings. But the meat of this thing, really, is a many-pieced consideration of Thai social custom, the beauties of nature, and why those things (as well as erections) can be so funny.

The film is soon hitting the U.S., minus a “u” in its title, and so a domestic trailer — a slightly deceptive one, selling Weerasethakul’s slow and whimsical picture as a bit tense — has arrived. You’ll be well-served skipping the preview and waiting for this one to hit theaters. As I said in my review, “24 hours after an initial viewing, individual shots — none of which are wasted, even as Splendour becomes a tad less intriguing in regards to the conflicts within them — stick in the brain, each creating an association with another, and another, and another. I remain content with luxuriating in them, their overwhelming soundtrack, and the singular sense of vision that makes nearly everything indispensable; it’s okay to delay ineffable matters when there’s little reason to believe they’ll drift away.”

Soldiers with a mysterious sleeping sickness are transferred to a temporary clinic in a former school. The memory-filled space becomes a revelatory world for housewife and volunteer Jenjira, as she watches over Itt, a handsome soldier with no family visitors. Jen befriends young medium Keng who uses her psychic powers to help loved ones communicate with the comatose men. Doctors explore ways, including colored light therapy, to ease the mens’ troubled dreams. Jen discovers Itt’s cryptic notebook of strange writings and blueprint sketches. There may be a connection between the soldiers’ enigmatic syndrome and the mythic ancient site that lies beneath the clinic. Magic, healing, romance and dreams are all part of Jen’s tender path to a deeper awareness of herself and the world around her.

Cemetery of Splendour enters a limited release on March 4.