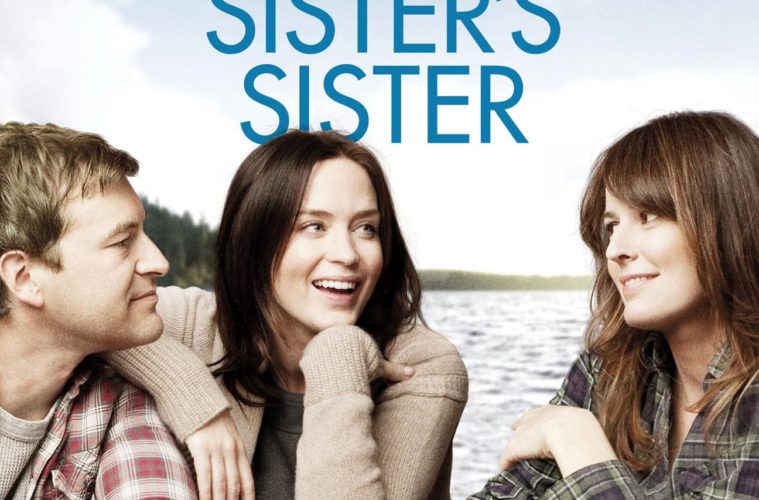 Writer/director Lynn Shelton is as much a sociologist as she is a well-attuned filmmaker. Her films tend to focus on the interconnected nature of humanity, how we weave ourselves into the fabric of relationships and how our actions affect those around us. In her 2009 standout, Humpday, she looked at the fraternal of bro-dom, pushing the envelope to see how just how much men can truly love each other with out it becoming, y’know, weird. In Your Sister’s Sister, her fantastic follow-up, she tightens the emotional connections considerably by focusing on the relationships between matching pairs of siblings. She eschews convention and sees them not as people with boundaries but points on a map open to limitless possibilities for connection. And man is it fun to watch them connect. Jack (Mark Duplass) is a man adrift a year after losing his only brother. In a deft performance, Duplass supplies heavy doses of comedy behind sad, dead eyes, never sacrificing pathos for humor. His problems are obvious to Iris (a wonderful Emily Blunt) Jack’s best friend and his deceased brother’s ex-girlfriend. She sends him off to her family’s home in the forests of Washington state where he can stare at the ocean and let the ebb and flow of the water help him figure out his next step. No internet, no television, just sweet and terrifying solidarity.

Unfortunately, Iris’s sister Hanna (a brilliant Rosemarie Dewitt) has the same plan after ending a seven-year relationship with her girlfriend. After a pleasantly cock-eyed introduction, Hanna and Jack sit down with their friend Jose Cuervo to hash out their problems, growing more honest the further the liquid disappears. One compliment leads to another drink, and before you know it, they’re having sex. Even in their inebriation they think it a bit weird. But when Iris comes to visit the cabin the next day, it becomes a problem. The majority of the film takes place within a sprawling, isolated estate in the forest, perfectly evocative of Jack and Hanna’s emotional states. It also keeps our three main characters perilously close together as the layers of emotion and complication get added on. While it shares the same sort of basis of drama inherent in “bad sibling” drams Margot at the Wedding and Rachel Getting Married (also featuring Dewitt) the focus in Your Sister’s Sister does not focus on one particular cog going out of whack. The question is whether the whole machine needs to be replaced, and in what ways can the parts be moved around to make it whole again. This is a game of emotional Jenga, and each of our protagonists are just as pear-shaped. You can’t build anything with them at the base.

In lesser hands, this intertwining plot could devolve into shallow farce as the film is filled with gut-shaking laughs throughout. But it’s always grounded with real stakes that are written on the faces of these incredible actors who are mostly tasked with reacting silently. I don’t know if I’ve ever been more aware of where the eye line rests as the three sit around the breakfast table, each trying to pry a little bit more of out of one person while not trying to bother the other. Only the audience knows that they’re all playing the fool.

The signature scene of the film is a simple overhead two-shot of Blunt and Dewitt in bed, gossiping and giggling like they did in the home when they were children (yes, Blunt acts like the British woman she is; yes, they somewhat explain how this works; no, it’s not at all important). As Blunt happily and hopefully speaks, the viewer can’t help but watch the dread on Dewitt’s face, doing her best to conceal a truth that will obliterate all of her sister’s good feelings. It’s the subtle tension that lingers in the frame that makes this film so arresting. And, when that tension gets popped like a 10 cent balloon, it leads to hilarity. Your Sister’s Sister rides this emotional see-saw with great aplomb. Vinny Smith does double-duty on sound work and crafting the original score, with both adding a great deal to the picture Jack interrupts a lovely eulogy for his brother as he stands on the other side of the room while his brother’s friends sit in the middle sharing stories, drinks, and photos. When he obliterates these good feelings, his voice has a haunting echo. Here is a man not tethered to the rest of the group in his feelings, not connected to the world at large. He is shouting in a vacuum. Ditto the first meeting between Jack and Hanna as their voices fill the giant, empty house that could easily stand for their souls. This is highlighted by a score that tries desperately to stay on tune but can’t help shifting its tonality all out of sorts.

Someone doesn’t just waltz into a film like this. Shelton has crafted a loving portrait of what it means to be a family while we all scramble in society to figure out just what that word means. Underneath the realistic mise en scene and the unconscious camera moves there is an actual, honest-to-god Movie here, especially towards the end of the second act. Some people might say is a cop out. Don’t listen. Trust Shelton to guide you where you need to be – she’ll take you there.