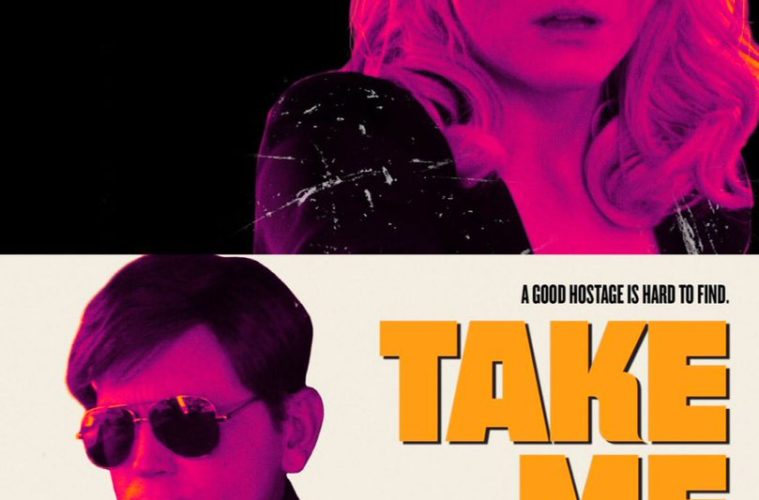 Tribeca Review: ‘Take Me’ is an Amateurish Directorial Debut from Pat Healy

Perhaps not all films are suited for the Duplass brothers treatment. Take Me, an amateurish directorial debut from actor Pat Healy, working from a script by Mike Makowsky, attempts to shoehorn a screwball comedy into the kind of drama where the action breaks for long scenes that easily might stretch 5-20 pages on paper for exposition. The effect is designed to create sympathy for characters in situations that find themselves in troubling situations of their own making, which is difficult when both characters prove to be so unlikable at their core.

Many bad, low-budget indies have been shot in the basement of many filmmaker’s parents’ houses, often about an abduction, but despite the presence of professional production values, Take Me does not add to the canon. The film first finds Ray Moody (played by Healy) seeking a bank loan for his business Kidnap Solutions LLC, a Los Angeles-based one-man operation which stages kidnapping scenarios for hire. Despite ground rules and a contract, the organization is far less elaborate than The Game. If The Game appeals to the kind of patron that shops at Saks Fifth Avenue, Moody’s Kidnap Solutions is more like Dollar General.

A typical scenario for Moody involves some light intimidation for patrons with problems of all kinds — addictions and overeating amongst the most popular therapies he offers. Down on his luck and overextended thanks in part due to a lawsuit and a divorce stemming from his former Atlantic City operations, Ray reluctantly takes on a client Anna St. Clair (Taylor Schilling), a business consultant with a lot of disposable income, willing to pay more for slapping.

Progressing with a jazzy soundtrack that attempts to breath life into this dull screwball comedy, the film spends a great deal of time on the build-up as Ray stalks Anna and kidnaps her by concocting a silly corporate espionage story that’s clearly not enough for a full weekend, and the tables are eventually turned. Like Ray’s stupid scenario, Take Me doesn’t offer nearly enough material to justify even an 84-minute feature film and, quite frankly, it wouldn’t be terribly original as a 20-minute short, either.

The plot predictably advances as a cat and mouse game continues with real weapons, and Take Me proves to be a tonal mess with weak comic timing. Schilling plays hard and Healy is more or less Elmer Fudd when he should have been Nicolas Cage. The made-by-Netflix film never quite finds its stride and grows tiresomely dull after the 20-minute mark, at which point it’s probably time to find something else to watch on Netflix or “chill.”

Take Me premiered at the Tribeca Film Festival and will be released on May 5th.