Tribeca Review: See For Me is a Predictable Home Invasion Thriller with a New Twist 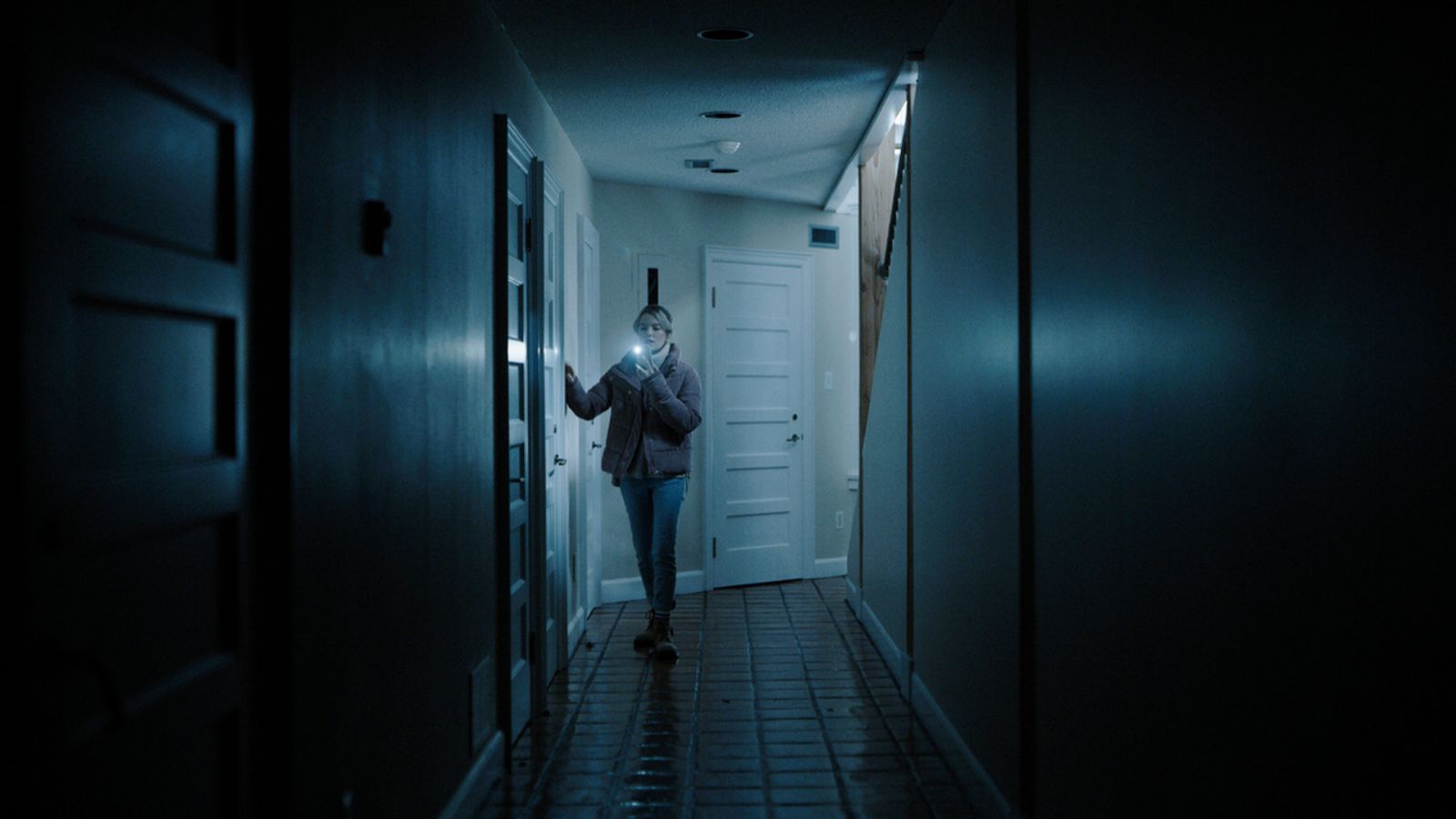 A home invasion thriller with a few predictable twists and turns, See For Me has an intriguing concept that could have transcended the boundaries of a well-worn genre. Instead, it serves up some familiar beats but with an original victim who is not quite as innocent as she looks. Visually impaired actor Skyler Davenport stars as Sophie, a young woman who as a teen had a promising career as a professional skier until a medical disorder took her eyesight. She’s currently living at home with an overbearing mother who questions recent large deposits into her bank account slightly out of line for her chosen profession: house and cat sitting for the wealthy.

Upon arriving at the remote mansion of Deborah (Laura Vandervoot), Sophie beings casing the place with the help of a friend on video chat; her big score this time around is a bottle of rare wine that likely won’t be missed. All goes according to plan until she locks herself out of the house, and is forced to download the See For Me app to get back in. After connecting with army vet Kelly (Jessica Parker Kennedy), who teaches her how to break into a sliding door, she believes she’s set for the night. That is, until thieves force their way into the house and start drilling the vault. I suppose Deborah or her mysterious ex-husband didn’t think to build a panic room.

What follows is a formulaic blueprint for the home invasion film as the group debates what to do with Sophie. She technically can’t identify the men and ultimately could be of use after the alarm is tripped and the police are called. Kelly, a fan of online team shooter games, on the other end provides a badass set of eyes and one already knows pretty much how things are going to unfold from those first act clues.

Directed by Randall Okita (whose previous feature The Lockpicker followed the exploits of a teen criminal), See For Me has a great premise that leaves one wanting a few more inventive twists, turns, and stylistic risks. A film like Rodrigo Cortes’ Buried successfully put us in a claustrophobic state, relying heavily on very minimal elements to create an immersive film that mirrored the experience of being buried alive and slowly suffocating. One wishes See For Me would have explored the perspective of Sophie and by extension its lead beyond the use of eye-straining darkness courtesy of Jackson Parell’s cinematography.

The saving grace of See For Me is the relationship Kelly and Sophie develop along the way as the former is a trusted guide that may come in handy as the latter hopes to return to the slopes in the future. It’s frustrating when a film provides us with an original character and an engaging first act while following so predictably in the shoes of other home invasion and defense thrillers.

See For Me premiered at Tribeca Festival.