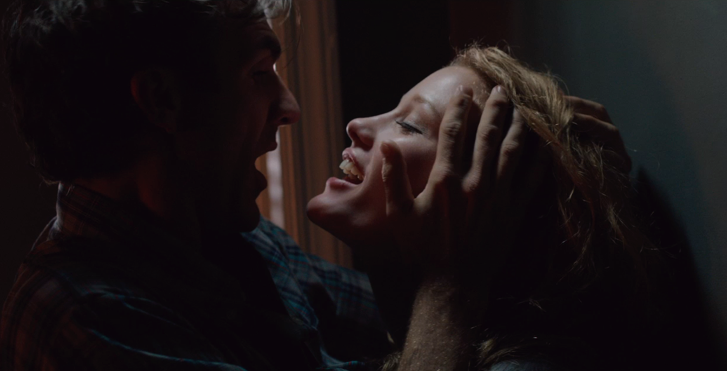 [Tribeca Review] Goodbye to All That

Goodbye to All That initially provides us with little context, launching directly into what on the outside seems to be a functional loving marriage between Otto (Paul Schneider) and Annie (Melanie Lynskey), but soon breaks up abruptly before the end of the first act. Following an off-road accident in which Otto’s pal Freddie (Michael Chernus) guns it too fast down hill with Otto and daughter Eddie (Audrey Scott) riding shotgun, Otto’s leg — and soon his heart — will be broken. With Annie employing her “therapist” Joan (played by Celia Weston) to deliver the news of the divorce, Otto moves out on his own, looking for a house with a big back yard in attempt to be “supper dad” to Eddie.

Schneider, channeling the sincere emotional detachment of a blindsided man delivers a genuinely funny yet carefully nuanced and thoughtful performance. Written and directed by Angus MacLachlan (best known as the writer of another observant indie gem, Junebug) sets his story in suburban Winston Salem, NC; this is a place that feels like a small-enough town, perhaps inspiring Otto’s turn to online dating following the reappearance of an old fling, Stephanie (Heather Graham).

Recently divorced, Stephanie courts Otto and they get together for a fancy dinner and a one-night stand that lasts until she has to speed off to work. Otto is further infuriated to learn Annie has been unfaithful in their marriage and so he takes to OkCupid for a series of trysts that seem all too indulgent; each woman is more beautiful than the next. Goodbye to All That is a richly observed human comedy with scenes that border upon perfection, but one wishes sex was treated with the same level of observation. To achieve a realistic level of a sexual experience with all the humor and awkwardness that matches that of the emotional reality elsewhere in the film, you may need to make an NC-17-rated film. Lars von Trier’s Nymphomaniac it is not, but other comedies have explored sexual awkwardness in very funny ways that ring true (Michael Lehmann’s 40 Days and 40 Nights is the first that comes to mind).

Otto’s relationships include Mildred (Ashley Hinshaw) a 20-something that is looking for a no-strings-attached kind of fling, one that first includes the simulation of virtual sex in Otto’s kitchen, followed by a potentially schizophrenic nurse’s aid Debbie Spangler (Anna Camp). Debbie is an odd bird, referring to herself in the third person and meeting Otto at church, after which she comes prepared for a date with a bag full of sex toys. Adding some third act tension for Otto, he meets a woman from his youth, also recently divorced and played in a beautifully restrained and powerful performance by stand-up comedian Heather Lawless.

The flings perhaps are just that, although they lack the rich character development of many of the other women in Otto’s life, including daughter Eddie and ex-wife Annie, who offers up no easy answers. Lynskey’s Annie is a fully developed character, and while we share Otto’s betrayal, MacLachlan’s script is complex enough in these passages to allow us to understand her perspective. Annie and Otto at first, from the outside, seem to be a functional, happy couple, like many you probably know.

Goodbye to All That is an exciting directorial debut from Angus MacLachlan that, for at least two-thirds of the film, is an often quietly funny portrait that is richly honest. The broader comic sex scenes did break the spell of the restrained portions, although Schneider’s Otto admits he is both aroused and overwhelmed by the attention after a long dormant period with wife Annie. It’s frustrating when Goodbye to All That runs up against the guardrail, but I’m glad to report it never derails.

Goodbye to All That premiered at Tribeca Film Festival.