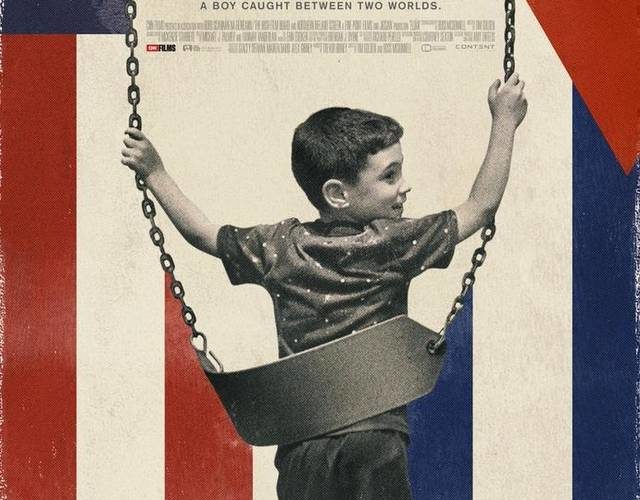 Tribeca Review: ‘Elián’ is a Deep Geopolitical Dive into a Symbolic Historical Moment

Exploring the personal and geopolitical political fall-out of the Elián González saga, Ross McDonnell and Tim Golden’s documentary is a comprehensive look at what occurred and its ramifications as the media and various stakeholders take charge of a narrative that the film’s narrator, Raul Esparza, points out was really only a five-year-old’s story to tell. Along with extensive archival materials, there’s also new interviews with subjects linked to the saga: Elián himself, now 23; his then-21-year old cousin, Marisleysis Gonzalez, who would become his caretaker and voice in the media; Jose Antonio Llama, the former head of the Cuban American National Foundation; INS commissioner Dorris Meissner; Alan Diaz, an AP reporter who took the iconic picture of an INS agent taking Elián at gun point; and, of course, Donato Dalrymple, the fisherman who found González tied to an inner tube and who never missed a chance to tell his story then, and now, to a camera.

Elián provides a deep dive on the subject, unfolding at times like a thriller as it covers the saga from multiple angles, including Fidel Castro and Bill Clinton exchanging words. Meissner recommends to Attorney General Janet Reno, a Miami native haunted by the loss of life in Waco, that Elián be reunited with father Juan Miguel which then leads to a series of negotiations. The Cuban American National Foundation, founded by Cuban exiles essentially waiting for the Castro regime to fall, takes up the cause and insists Elián remain in the United States. Context on Cuban-American relations and the influx, which saw themselves as refugees more so than immigrants, is provided by reporters, including writer Carl Hiaasen, author of Strip Tease and a long-time columnist at the Miami Herald.

Despite the early promise of the film’s narration — which at first seems a bit heavy-handed before receding into a more utilitarian mode — Elián González doesn’t share much of his story, even though his frequent presence on screen. A recent college graduate, he received special attention from Fidel Castro who essentially treated him like his own grandson and not a cold political victory against Clinton. For their part, Clinton and Gore suffered in the highly contested election, a victory touted by Llama and rebuffed by Hiaasen, even as Gore and Bush suggested the case be moved away from INS and be heard in family court.

McDonnell and Golden’s Elián is a sweeping, definitive look at the saga, engaging and entertaining even if it contradicts what it sets out to do. The story is larger than that of its subject, who has become a symbol; his family used and abused, pressured, and put up to playing into the 24-hour news cycle, even if young Elián’s wishes were never quite clear. In one instance, he professes his wish to return home, a translation quickly rebuffed by Marisleysis and family. The family has since never reconciled and has had limited communication with Elián. Perhaps in a few years, Elián’s story can be told again, although one senses he’s moved on with his life and wishes to stay out of the spotlight. This picture, made by an American and an Irish filmmaker, makes me wish for a film from the Cuban perspective. As objective and journalistic as the documentary is, its emotional core is relatively one-sided as a five-year-old boy becomes a contested symbol for two nations and a refugee population hoping for liberation.

Elián screened at the Tribeca Film Festival and will be released in theaters on May 19.