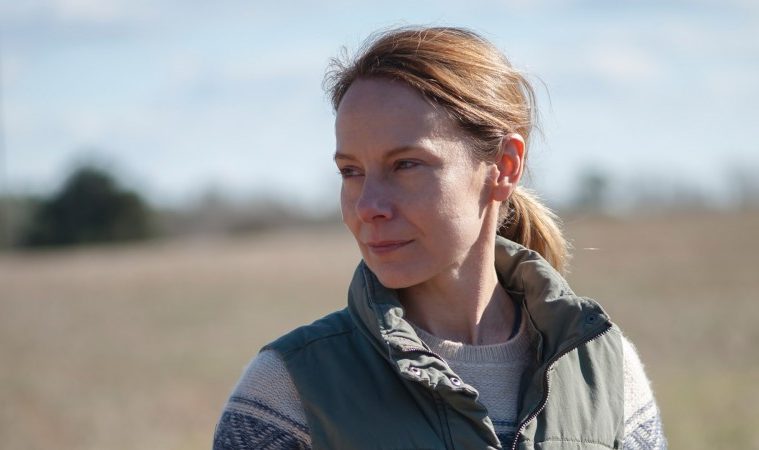 Faith-based cinema is as diverse a genre as there is, from the extreme, often violent portraits of devotion from established directors like Martin Scorsese and Mel Gibson, to the attacks on logic in the God’s Not Dead and Left Behind pictures. Angus MacLachlan, a great storyteller of the not-too-deep south, offers a nuanced example of what this genre can bring, returning with the moving Abundant Acreage Available. The title may signal a light-hearted film, and given MacLachlan’s previous feature (the charming sex comedy Goodbye To All That) and writing credits (which include Phil Morrison’s masterpiece Junebug), you might be forgiven for having that expectation. However, MacLachlan’s latest is a departure from his previous work: a quiet, powerful portrait of two families at a crossroads, featuring the middle-aged Ledbetters — including the reformed alcoholic Jesse (Terry Kinney) and his adopted sister Tracy (Amy Ryan) — and three aging brothers (Max Gail, Francis Guinan, and Steve Coulter).

Shortly after burying their father on their corn and tobacco farm in an informal ceremony, Jesse and Tracy find the three brothers camped out in the middle of their field. Alarmed, they walk out with rifles in hand, finding men that Jesse met some fifty years ago, before Tracy’s birth. The men have lived together all of their lives in Orlando, including the younger Charles (Coulter), the sensible Hans (Gail) and stroke victim Tom (Guinan), who has lost many of his basic motor skills. A mystery first unfolds around the arrival of the three men that’s rooted, quite simply, in a decision made years ago that mirrors Jesse’s own personal story.

Tracy refuses to accept the visitors for who they are, growing annoyed by Tom’s behavior and the suggestion that she and Charles start a new life together. Lensed by frequent Aaron Katz collaborator Andrew Reed and directed at times as a chamber piece, Abundant Acreage Available could have just as easily been an effective stage play. However, if MacLachlan went that route, we would have been robbed of the nuances of the film’s beautiful performances. Amy Ryan has never been better and the connection that the old brothers have is exquisitely understated. Having spent so much time together in life and now in the end of that journey, the men prepare for what is to come next. As a man of faith, Jesse prays on what is right, coming to the conclusion early on that life is a temporary condition.

Abundant Acreage Available evolves into a quiet moving portrait of good people. There are no villains here as all parties struggle to make sense of what is best for them and their legacies. The third act throws a few curve balls at us that are in line with MacLachlan’s earlier works; after all, his films are about folks that fundamentally would like to be happy in the face of changing conditions they cannot control. Here, they turn to faith and to the past, partly with nostalgia but mostly with a desire to reconcile what has come before and the larger plan for the future. Far from a didactic faith-based picture pandering to church groups, Abundant Acreage Available is a simple, yet evocative character study with no easy answer, and it has stayed with me longer than most pictures.

Abundant Acreage Available premiered at the Tribeca Film Festival and will be released on October 6.