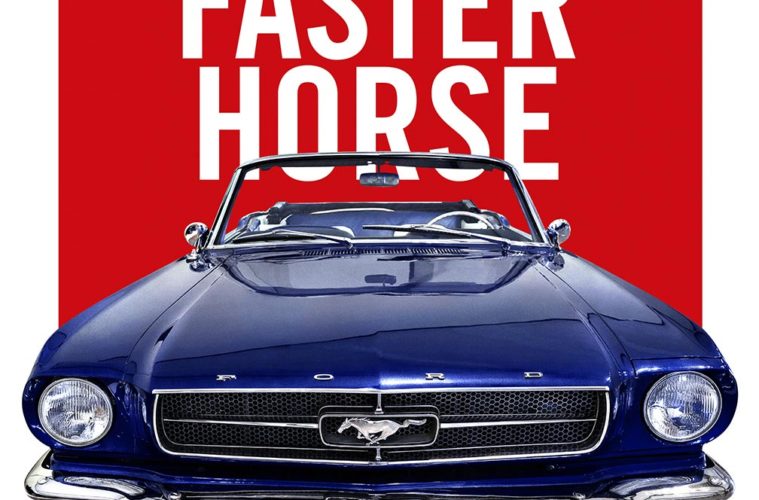 The branded documentary is a curious creation. On one hand, it is dismissive to consider A Faster Horse a car commercial, but as one, it works. The bind the picture finds itself in is can a documentary about a highly technical proprietary process be a truly independent effort? Chronicling the creation of the new Ford Mustang from conception to Job One (industry code for initial production) filmmaker David Gelb has been given unprecedented access into its creation. Often a fascinating process, he explores everything from the sound design of its engine to the larger engineering puzzle of how the thing works. While lacking the intimacy of Gelb’s previous documentary feature, the much smaller-in-scope Jiro Dreams of Sushi, the emotional A Faster Horse is largely interested in aesthetic, design, and Americana.

Shaking off what I feared would be a feature-long product launch video (as suggested in the film’s opening moments), the story presents an accessible and compelling behind-the-scenes look at the Mustang and the tensions between the design studio and the engineers who must do their work with aesthetic choices in mind. Time and money are the primary considerations, of course, and neither is in their favor despite the five-year process. While Gelb’s lens doesn’t take us deep into the heart of Detroit, venturing into territory that’s been well documented in pictures documentaries like Detroipia and narrative pictures like 8 Mile and It Follows, the specter of the city looms over Ford’s Dearborn corporate and design headquarters.

In the driver’s seat are two engaging figures which thankfully break the picture’s earlier talking head mold. There’s David Pericak, who oversees the process including designing and engineering the 2015 model, and Tom Barnes, his Chief Technical Officer whose tasked with coordinating the design teams. Designers, including those currently working on the Mustang and in the past, appear to add a historical context to the material and design process. Tracing the Mustang’s roots as a car that broke the mold while still making itself accessible to the middle class, Gelb includes the voices of Ford historians and veterans who shine a light on the interpersonal dynamics between Lee Iacocca and Henry Ford II as they clash on market research. The conclusion is the best cars don’t require it. The Mustang’s built-in fan base, including an enthusiast group traveling across country, is an interesting touch that ought to have been seen more often on screen than it is here.

Documenting the pressure felt to deliver a Mustang that is built on its legacy, satisfying both die hards and critics, the reaction is mixed out of the gate. Many love it, while some are free to criticize it. A Faster Horse documents the process with unique insights, notably the foundational relationships and meetings — for a film about engineering, it’s often quite engaging. The influence of Ford’s marketing department though is felt throughout, including in the story’s darker historical passages. (There’s no doubt after watching I wanted to buy a Mustang.) In terms of filmmaking, Frederick Wiseman this is not, despite its observational passages in which Gelb and crew are flies on the wall; these scenes don’t allow us to sink into each moment or meeting. A Faster Horse is what it is even as it falls back on a few too many slick montages of the Mustang in action.

A Faster Horse premiered at the 2015 Tribeca Film Festival and opens on October 9th.