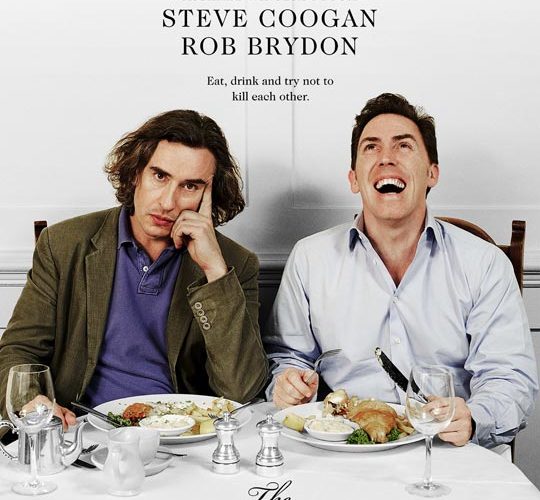 After showing at TIFF and Tribeca, Michael Winterbottom‘s latest is hitting theaters next month. I saw the film at a Tribeca pre-screening and enjoyed it. A wild departure from his last film, The Killer Inside Me, Winterbottom opts for a quiet look at comedy and the life of performance, in this low-key “adventure” film. The sum doesn’t add up to its parts, but there is enough in this cut-down BBC series for fans of Steve Coogan and Rob Brydon to seek out. Check out the first theatrical via Apple below and read our full Tribeca review here. THE TRIP brings director Michael Winterbottom and the hilarious Steve Coogan and Rob Brydon (24 HOUR PARTY PEOPLE, A COCK AND BULL STORY) back together in a side-splitting road comedy. The film follows the pair on a hysterical odyssey that has won over audiences at the Toronto and Tribeca Film Festivals, and has critics rolling in the aisles. When Steve Coogan is asked by The Observer to tour the country’s finest restaurants, he envisions it as the perfect getaway with his beautiful girlfriend. But, when she backs out on him, he has no one to accompany him but his best friend and source of eternal aggravation, Rob Brydon. As the brilliant comic duo, freestyling with flair, drive each other mad with constant competition and showdowns of competing impressions (including dueling Michael Caines, Sean Connerys and Al Pacinos), the ultimate odd couple realize in the end a rich amount about not only good food, but the nature of fame, relationships and their own lives.

What do you think of the trailer? Are you a fan of Coogan and Brydon?