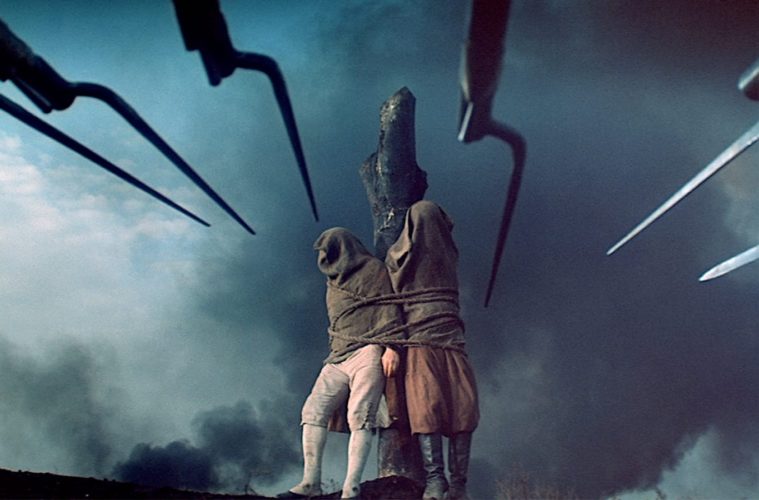 The most expensive Soviet film in history has been stunningly restored. Sergey Bondarchuk’s seven-hour-plus epic War and Peace, of course adapting Leo Tolstoy’s classic novel, has been given an update courtesy of Mosfilm Cinema Concern and Janus Films. Ahead of a theatrical run starting this month at NYC’s Film Society of Lincoln Center, a new trailer has arrived.

If you don’t live in NYC, considering this presentation comes from Janus we can expect a home video release from The Criterion Collection by the end of the year, but if you’re lucky enough to be close to this rare opportunity, it’s certainly one to seek out. Judging from the trailer, it looks like a gloriously beautiful cinematic experience like none other this year. Check it out below.

At the height of the Cold War, the Soviet film industry set out to prove it could outdo Hollywood with a production that would dazzle the world: a titanic, awe-inspiring adaptation of Tolstoy’s classic tome in which the fates of three souls—the blundering, good-hearted Pierre; the heroically tragic Prince Andrei; and the radiant, tempestuous Natasha—collide amid the tumult of the Napoleonic Wars. Employing a cast of thousands and an array of innovative camera techniques, director Sergei Bondarchuk conjures a sweeping vision of grand balls that glitter with rococo beauty and breathtaking battles that overwhelm with their expressionistic power. As a statement of Soviet cinema’s might, War and Peace succeeded wildly, garnering the Academy Award for best foreign-language film and setting a new standard for epic moviemaking.

War and Peace opens at NYC’s Film Society of Lincoln Center on February 14. Get tickets here.