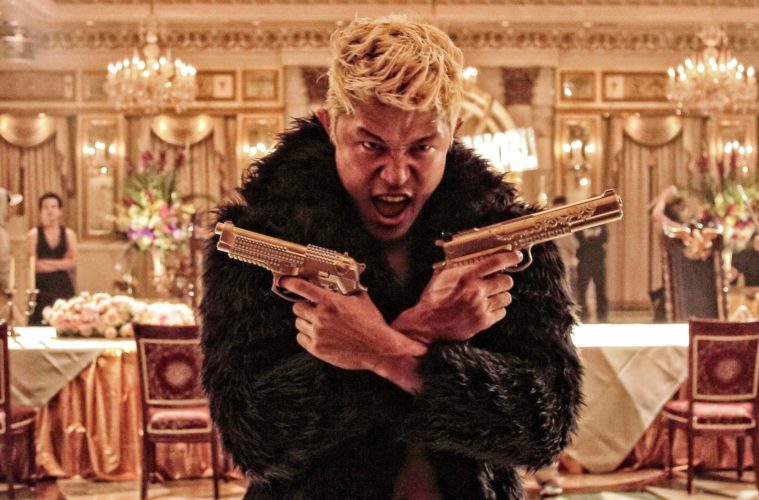 Following Why Don’t You Play In Hell? and before the six films he’s made or plans to make in 2015, Sion Sono premiered a musical-action gangster picture entitled Tokyo Tribe, which earned mostly positive critical notices during a fall-festival run. Nevertheless, it seems that this, billed as “The world’s first battle rap musical,” is one of the helmer’s more demanding features, doing what it can to ensure you’re aware of its status as an extreme piece of genre filmmaking.

This is immediately obvious in the first U.S. trailer, a colorful, punch-filled, sword-swinging, quickly cut business. Said we at last year’s TIFF, “Sion Sono’s Tokyo Tribe puts itself in the company of the extreme Japanese genre cinema eaten up by festival audiences, given their brutal violence and flagrant weirdness. Those essential thrills notwithstanding, it becomes off-putting in how one must struggle to keep up with the film throughout — not just in the narrative terms of story and character, but also its extreme formalism.”

In a futuristic Japan, territorial street gangs form opposing factions collectively known as the Tokyo Tribes. When one of the gang leaders breaks the fragile peace, it triggers a brutal street war for supremacy. Based on a popular Manga series and told almost entirely in rap verse, TOKYO TRIBE is an ingenious mash-up of Yakuza gang violence, martial arts action and hip-hop musical.