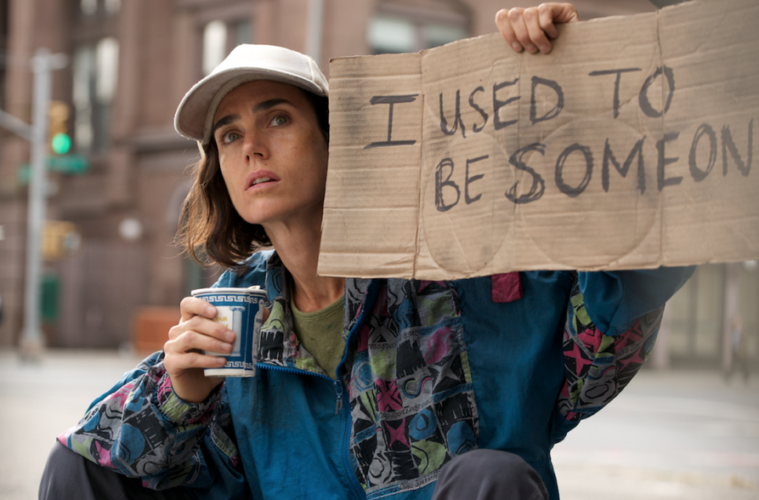 After working with Lars von Trier, Peter Weir, Joss Whedon, Ron Howard and many more directors over the last few decades of his career, Paul Bettany debuted his first directorial effort, from his own script, at last year’s Toronto International Film Festival. Shelter, starring Jennifer Connelly and Anthony Mackie, will now get a release next month and the first trailer has landed. The story follows our leads who fall in love while living homeless on the streets of New York.

While we didn’t get a chance to catch it at TIFF, Variety said, “While Bettany says he was inspired by gritty ’70s New York dramas, Shelter is quite different from the likes of The Panic in Needle Park and the like, which were less catch-all in terms of social issues and more straightforward in presentation. Instead, the tetherless uncertainties of homelessness are evoked to sometimes almost dreamlike effect in Paula Huidobro’s handheld lensing, John F. Lyons’ sometimes too-busy editing, and a highly worked sound design.”