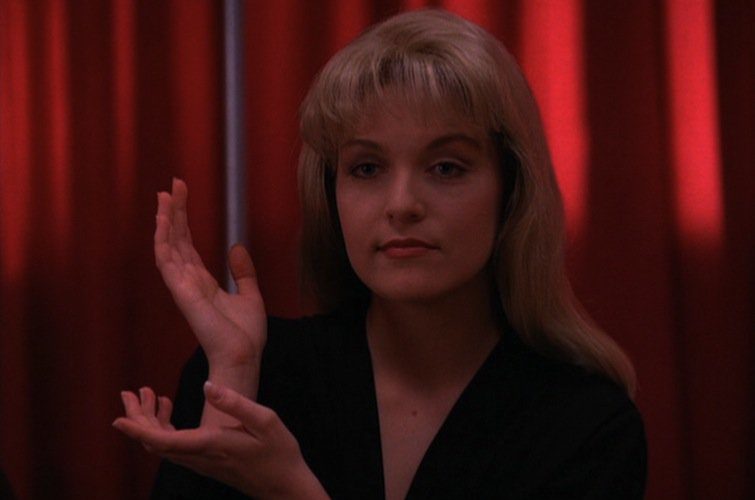 It’s well-established that David Lynch and Mark Frost‘s new Twin Peaks will be a big project — so much so that it’ll soon encompass more than 18 hours of television with about 217 cast members. Back in October of 2014, an announcement of the series’ return easily overshadowed the soon-to-follow news of a Frost-penned book that would cover the 25-or-so years between one set of episodes and the next. It’s nothing new (The Secret Diary of Laura Palmer has become a Go Ask Alice-esque classic for some), but not necessarily a preferred course. What’s the hurt in letting our next exposure to these characters be through Lynch’s camera? What does it even provide that the show won’t? This, thankfully, has not come to pass, or at least not in the form once intended; what we’re instead getting sounds — and, now, looks — much more innovative and fulfilling.

Frost’s book, The Secret History of Twin Peaks, will take the form of an epistolary novel that, according to an official description, concerns a female FBI agent who’s been handed a box containing “a huge dossier” detailing the town’s centuries-long history, as well as documents created by the (spoilers!) long-missing Dale Cooper during his investigation of Laura Palmer’s murder. Welcome to Twin Peaks have alerted us to a trailer released ahead of the book’s October 18 release, and it’s a pleasure of atmosphere and mystery — not least of all because it gives our first exposure to Lynch’s classic character in about a quarter-century. Have fun digging through that header image!

I know it might be unusual for us to post a book trailer coinciding with TV show, but here’s the story: we’re anticipating 18 new hours of Twin Peaks more than anything. See the preview below, followed by a synopsis:

Twenty-five years [after Dale Cooper’s investigation of the murder of Laura Palmer,] the FBI gets a hold of a box it won’t divulge the provenance of. In the box, a huge dossier…

A female FBI agent is tasked to analyze all the documents inside, and everything related to the strange town of Twin Peaks. She also has to determine the identity of the person who compiled the dossier. Along the way, she discovers secrets about the lives of the town’s residents, but also investigative reports from Dale Cooper who has since vanished, newspaper clippings, an autopsy report, and other classified information.

What happened since the death of the young woman? And why did an anonymous “archivist” compile such a thorough dossier on Twin Peaks and its origins? The Secret History of Twin Peaks will be released on October 18. Pre-order here.