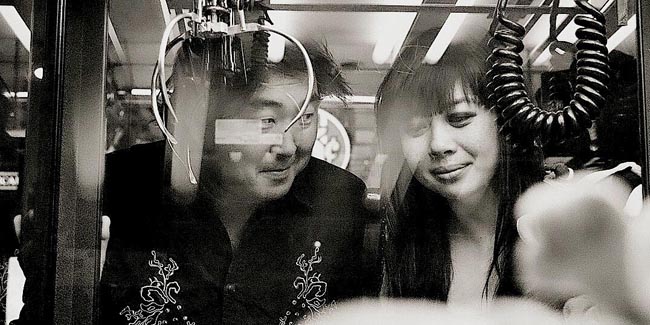 After premiering his indie Surrogate Valentine at South by Southwest Film Festival in 2011, producer/writer/director/editor Dave Boyle was back again this year for a semi-sequel titled Daylight Savings. Once again starring Goh Nakamura, we praised this drama (full SXSW review here) about the creative process, saying it is a “refreshing, soulful film” and “delightful.” The first trailer has now arrived and one can check it out below via Apple, along with the first poster.

San Francisco-based musician Goh Nakamura (playing himself) is at the height of his career. With a national tour on the horizon and his song being featured in a national TV commercial, Goh has the life he always wanted. When his long-distance girlfriend Erika (AYAKO FUJITANI) breaks up with him over Skype, Goh feels lost, as though no one could ever heal his broken heart. One night in San Francisco, he meets a fellow indie musician, Yea-Ming (playing herself). Unexpectedly, Goh experiences a special connection with Yea-Ming and finds himself on a road trip with his cousin Mike (MICHAEL AKI) to see her in Las Vegas.