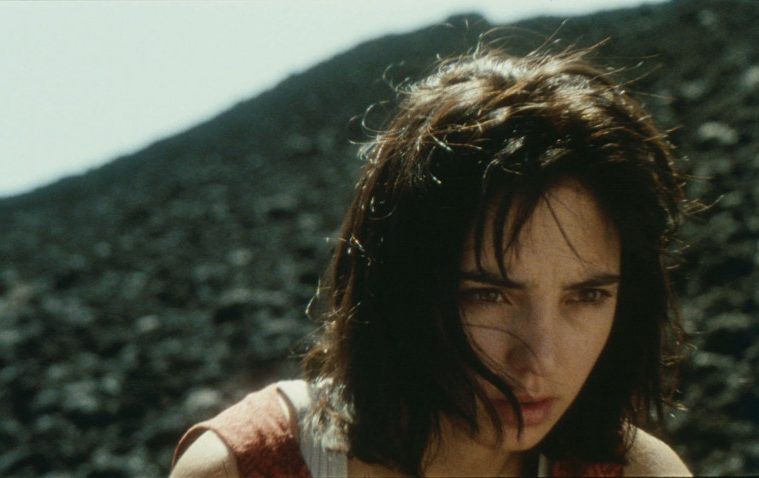 Before diving deep into the slums of Fontainhas for his epochal trilogy and its follow-up, Horse Money, Pedro Costa applied his lens in a significantly different way — though no less impressively and, I do not think it’s at all unfair to say, far more accessibly. To my mind, the best display of his early talents is 1994’s Casa de Lava, a mystery of mistaken (or forged) identity — and a reworking of Jacques Tourneur’s classic I Walked with a Zombie — grounded in Portugal’s stunning Cape Verde islands. It’s understandable that something from a filmmaker with Costa’s marginalized status would go so long without a U.S. release, yet still disappointing in sight of the entrancing thing itself.

That will change this fall as Grasshopper Film release Casa de Lava on Blu-ray and DVD, in advance of which there is a brief, appropriately enigmatic teaser that gives some sense of the picture’s mood and visual flavor — along with a pull-quote from none other than Jacques Rivette.

In only his second feature, Portuguese filmmaker Pedro Costa (Horse Money, In Vanda’s Room) brilliantly reworked Jacques Tourneur’s classic I Walked with a Zombie into a reflection on his country’s colonial legacy. A nurse, Mariana (Inês Medeiros), accompanies Leão (Isaach De Bankolé) to his home on the volcanic islands of Cape Verde after an accident sends him into a coma. But he goes unrecognized by fellow denizens, leaving Mariana trapped with and eventually entranced by a mysterious community. Never before released in the U.S. and now beautifully restored, Casa de Lava foreshadows the masterful films that would follow, yet is an extraordinary, ravishing work in its own right.