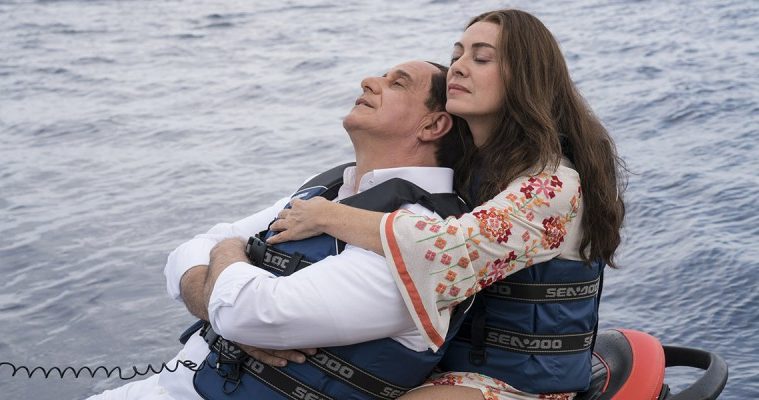 Following his Oscar-winning The Great Beauty, Paolo Sorrentino helmed Youth and The Young Pope, then embarked on his most ambitious film yet, the two-part Loro. The Silvio Berlusconi biopic, starring Toni Servillo, arrived in Italy with the complete Act 1 and 2, but when it comes to an international tour, it’s been edited down to a single 145-minute film, which will hit the U.S. this fall via IFC Films. Ahead of the release, a new trailer has now arrived.

Jared Mobarak caught up with the film at TIFF, saying in his review, “If its long-winded, clearly tongue-in-cheek warning is to be heeded, everything onscreen is a lie. Since that disclaimer is for legal purposes so Berlusconi doesn’t sue the studio, however, it doesn’t mean we should give this man the benefit of the doubt. If anything I’d argue Sorrentino and co-writer Umberto Contarello do that already. Because while we don’t see him until a good third of the way through, we feel a desire to want to be his friend. It’s the sort of charisma and confidence that spawned “fake news” and bald-faced lies. We want to believe this seventy-year-old is young at heart only to discover he’s merely never grown up.

Sex, drugs, power, and vice: welcome to the mid-2000s Italy of Silvio Berlusconi, the egomaniac billionaire Prime Minister who presides over an empire of scandal and corruption. Sergio (Riccardo Scamarcio) is an ambitious young hustler managing an escort service catering to the rich and powerful. Determined to move up in the world, Sergio sets his sights on the biggest client of all: Silvio Berlusconi (Toni Servillo), the disgraced, psychotically charming businessman and ex-PM currently plotting his political comeback. As Berlusconi attempts to bribe his way back to power, Sergio devises his own equally audacious scheme to win the mogul’s attention.