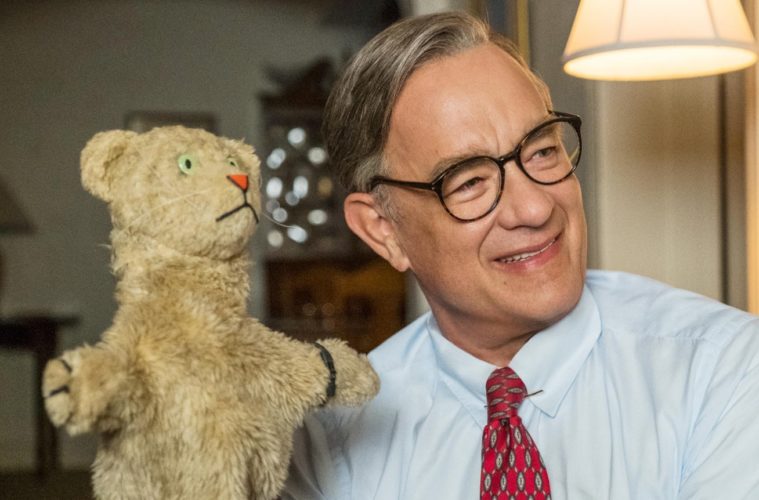 Tom Hanks is Mr. Rogers in First Trailer for ‘A Beautiful Day in the Neighborhood’

Although we were firmly in the minority when it comes to Won’t You Be My Neighbor? (along with the Academy), audiences clearly felt differently, leading to last year’s biggest documentary hit. It makes the proposition of an awards season biopic, featuring the perfectly-cast Tom Hanks as Fred Rogers, an easy sell and consider our attention piqued when it comes from Marielle Heller, who last helmed the excellent Can You Ever Forgive Me? and The Diary of a Teenage Girl.

Ahead of a November release, Sony has now unveiled the first trailer for the drama, which tells the story of acclaimed journalist, Lloyd Vogel (Matthew Rhys), who embarks on an Esquire profile piece that will change his life.

“We filmed it in the actual studio where they filmed the show, we found the original cameras they filmed the show with and imported them from England so we could film on them,” Heller tells EW. “We lit it with the actual lights that had lit Mister Rogers. Everything about it feels identical in a way that’s tangible and you feel like you can smell it….You feel like you’ve gone back in time.”

See the trailer below for the film also starring Chris Cooper and Susan Kelechi Watson.

Tom Hanks portrays Mister Rogers in A Beautiful Day in the Neighborhood, a timely story of kindness triumphing over cynicism, based on the true story of a real-life friendship between Fred Rogers and journalist Tom Junod. After a jaded magazine writer (Emmy winner Matthew Rhys) is assigned a profile of Fred Rogers, he overcomes his skepticism, learning about empathy, kindness, and decency from America’s most beloved neighbor.

A Beautiful Day in the Neighborhood opens on November 22.