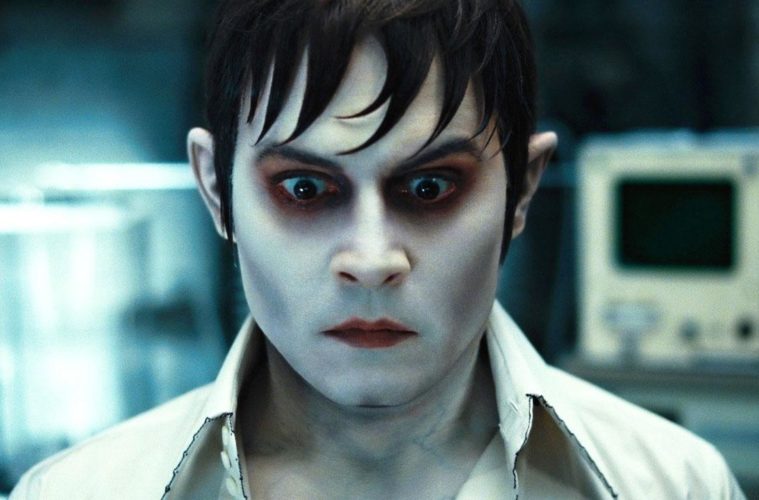 After making a gajillion dollars with Alice in Wonderland, Tim Burton is up to his usual tricks again with Johnny Depp for an update on Dark Shadows. Written by Seth Grahame-Smith (Pride and Prejudice and Zombies, Abraham Lincoln: Vampire Hunter), the first trailer has arrived and the duo seem to be at least having a bit of fun this time around, with more campy humor than their last efforts.

Though, as someone who never saw the original show and are increasingly tired of this pairing, this trailer does very little to incite anticipation, with nearly all the jokes focusing on crazy hilarious it is that a vampire is unknowingly transported to the groovy ’70s. Starring Michelle Pfeiffer, Helena Bonham Carter, Eva Green, Jackie Earle Haley, Jonny Lee Miller, Bella Heathcote, Chloe Moretz and Gulliver McGrath, one can see it below via Apple. In the year 1752, Joshua and Naomi Collins, with young son Barnabas, set sail from Liverpool, England to start a new life in America. But even an ocean was not enough to escape the mysterious curse that has plagued their family. Two decades pass and Barnabas (Depp) has the world at his feet–or at least the town of Collinsport, Maine. The master of Collinwood Manor, Barnabas is rich, powerful and an inveterate playboy…until he makes the grave mistake of breaking the heart of Angelique Bouchard (Green). A witch, in every sense of the word, Angelique dooms him to a fate worse than death: turning him into a vampire, and then burying him alive. Two centuries later, Barnabas is inadvertently freed from his tomb and emerges into the very changed world of 1972. He returns to Collinwood Manor to find that his once-grand estate has fallen into ruin. The dysfunctional remnants of the Collins family have fared little better, each harboring their own dark secrets. Matriarch Elizabeth Collins Stoddard (Pfeiffer) has called upon live-in psychiatrist, Dr. Julia Hoffman (Helena Bonham Carter), to help with her family troubles. Also residing in the manor is Elizabeth’s ne’er-do-well brother, Roger Collins, (Jonny Lee Miller); her rebellious teenage daughter Carolyn Stoddard (Moretz); and Roger’s precocious 10-year-old son, David Collins (Gulliver McGrath). The mystery extends beyond the family, to caretaker Willie Loomis (Jackie Earle Haley) and David’s new nanny, Victoria Winters, played by Bella Heathcote. Dark Shadows will haunt theaters on May 11th.