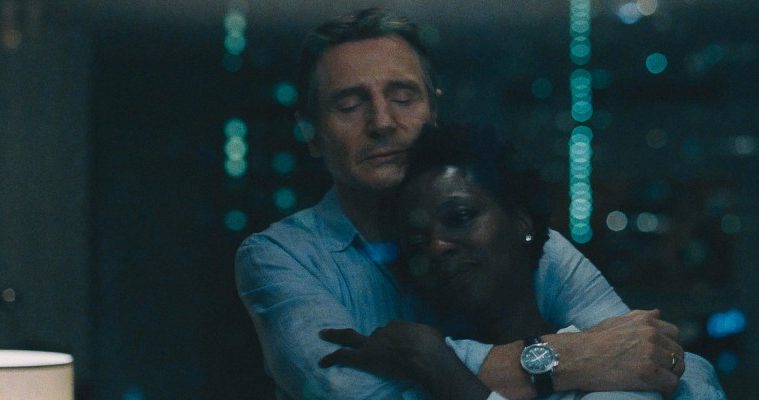 Survival at all costs. That’s the theme–or, more precisely, a theme–of Steve McQueen’s timely, tremendously entertaining Widows. This is precision entertainment, a crackling, pulse-pounding heist movie with a sterling cast, a whip-smart script, and undeniable social resonance, calling to mind heavyweight champs like The French Connection and Heat. It never quite matches those cinema milestones, but make no mistake, Widows is a knockout.

On paper, it might seem an unexpected follow-up to the Oscar-winning 12 Years a Slave, but from that aforementioned theme of survival to its searing indictment of decaying power structures, Widows is a logical next step for McQueen. Co-written with Gillian Flynn (on a wicked run following successes like Gone Girl and Sharp Objects), McQueen transplanted the U.K. original to Chicago, a city known for its politics, its crime, and its aesthetic beauty–all three are on display in Widows.

Also on display are some of the strongest performances of 2018. Chiefly, there is the mighty Viola Davis as Veronica Rawlins, a woman forced to take drastic action after the life-changing death of her husband, Harry (Liam Neeson). Harry was a criminal–it’s how he made his living, and how he and Veronica were able to afford a life of luxury. Therefore, his fate seems to come as no surprise to Veronica, played by Davis as a woman thankful for what she has, but ever-aware of what could be lurking around the corner. In this instance, it was a botched job, and the result was the sudden end of life as she knew it.

Veronica is not the only individual left to pick up the pieces. Also losing their husbands to the job are Linda, a shop owner and mother of two played by Michelle Rodriguez, and Alice (Elizabeth Debicki), a sweet, good-natured woman sadly accustomed to a life of misfortune. In addition to the loss of their husbands, the women also now have a debt to pay. The money at the center of the deadly crime belonged to Jamal Manning (Brian Tyree Henry), a community leader in the midst of a close campaign for alderman. And wherever Manning is, his casually sociopathic brother is close by. The latter is played with chilling menace by Get Out’s Daniel Kaluuya.

Manning’s opponent is Jack Mulligan (Colin Farrell), a suave, well-coiffed charmer who is more than aware that the ways of his political figurehead father (a fiery Robert Duvall) are now a liability. There are more direct links between Mulligan and Neeson’s Harry Rawlins, and these elements are unearthed slowly. Story details like that perhaps make Widows sound like a by-the-numbers thriller; it is most certainly not. There are plot twists here straight out of pulp drama but still genuinely shocking, and there’s a final stretch that as brutally tense as any great heist movie should be. It is during the end sequences, especially, when it becomes clear that the whole team–McQueen, Flynn, cinematographer Sean Bobbitt, composer Hans Zimmer–are at the top of their respective games.

And, of course, there is the acting. Davis has never been more dominant on screen, but she also captures Veronica’s heartbreak and moral uncertainty. Rodriguez gives one of her finest performances, while Neeson, Farrell, Duvall, Henry, and Kaluuya make the most of roles that could have been one-note. Recognizable faces pop up throughout–Garret Dillahunt as Harry and Veronica’s trusted employee, Jacki Weaver as Alice’s mother, Lukas Haas as a wealthy developer who pays Alice for her company. All make an impression, but alongside Davis, the standout player is Elizabeth Debicki, who brings pathos and humor.

Widows is another major work from Steve McQueen, whose career thus far–Hunger, Shame, 12 Years a Slave–has been marked by risk-taking. While his latest isn’t much of a risk in terms of story or character, it is a gamble in a different sense. This is McQueen taking a juicy piece of bubblegum cinema and deconstructing it, piece by piece, into a drama with real weight. This story of strong women who do whatever is necessary to survive may not capture international attention in the way 12 Years deservedly did, but it will go down as one of the year’s most pleasurable, cathartic cinematic treats.

Widows screened at the Toronto International Film Festival and opens on November 16.