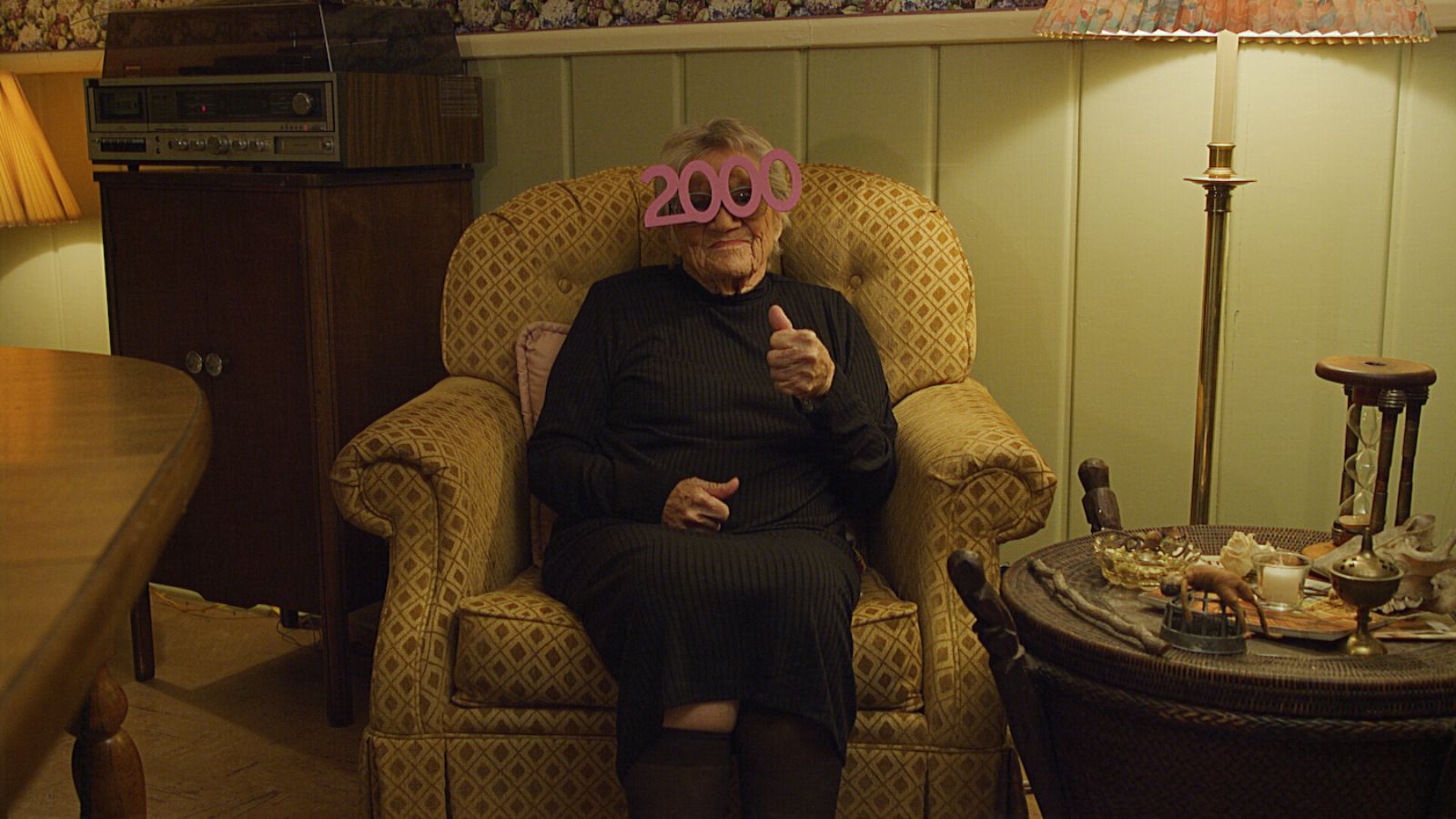 The inescapable problem at the core of any omnibus or anthology film with multiple cooks in the kitchen is, by all design, things will be uneven. Yet V/H/S/99 is fun enough in the context of TIFF’s Midnight Madness—including standouts from the usually gross and reliable Flying Lotus and Johannes Roberts, whose film is genuinely terrifying before turning a bit silly in its final moments.

As for the others, Maggie Levin’s Shredding contains a frightening concept (a Blink 182-style punk band plays a show in an abandoned basement nightclub where concertgoers were trampled to death in a fire years ago). It also has a few big laughs making fun of the styles and punk angst of the era playing out in zines and, of course, on AOL.

Another Internet-inspired concept turns American Pie’s creepy webcam gag on its head. Tyler MacIntrye’s The Gawkers find a group of skateboarders obsessed with their knockout next-door neighbor (Emily Sweet) before things go predictably wrong in a concept that isn’t quite as subversive as it thinks. MacIntrye’s home videos frame the proceedings, giving V/H/S/99 the quality of a random tape found in a drawer.

To Hell and Back, by Vanessa and Joseph Winter, is another somewhat low point taking place at the very end of the picture, right as the clock is about to strike Y2K. Playing on some of the anxieties of that time, it’s a silly look at a death cult that conjures a demonic spirit and fights its way out of a landscape reminiscent of Andy Samberg’s adventures in Palm Springs.

This leaves us with the strongest, perhaps most memorable of the anthology: Johannes Roberts’ Suicide Bid, which finds shy freshman Lily (Ally Ioannides) pledging a sorority that has her spend the night buried alive in a casket six feet underground. Recalling Rodrigo Cortes’ Buried, Roberts skillfully crafts a found-footage thriller that would have been terrifying enough if it chose a more subtle end. Subtlety is of course not in the cards, but of this collection Suicide Bid is certainly the most terrifying.

Not to be outdone, Flying Lotus delivers a large-scale send-up of Nickelodeon’s Double Dare in the hilarious Ozzy’s Dungeon—complete with a smart-ass host (Steven Ogg) creating a show that instead of sliming has contestants traveling through a mock-up of the digestive system. When things get out of hand and a poor girl (Amelia Ann) from Detroit is permanently injured in an obstacle race turned violent, her family vows revenge by kidnapping Ozzy. While not as gross as Lotus’s debut future Kuso, it neatly reimagines a dark side to the Nickelodeon shows of the 1990s.

V/H/S/99 is primarily a nostalgic look at the styles and anxieties of the Y2K era targeted squarely at those in their late ’30s who grew up talking to friends on AOL, listening to Korn, and consuming cartoons with adult-oriented subtexts that make us blush now. (If you don’t believe me, Google the Animaniacs and Prince). It’s partially effective as a throwback to a pre-mobile internet era when DVD was in its infancy. Where does the series go next? Perhaps back to BetaMax.

V/H/S/99 screened at TIFF and premieres on October 20 on Shudder.