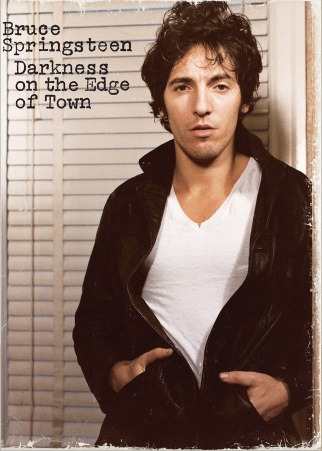 [TIFF Review] The Promise: The Making of Darkness on the Edge of Town I approach The Promise: The Making of the Darkness on the Edge of Town with the preconception no documentary can capture the passion and brilliance of Bruce Springsteen lyrics – delivered with his iconic, gritty, working class voice. Springsteen is a storyteller, an ethnographer of the working class capturing something I fail to put into words – and luckily this documentary has helped me understand why I respond so deeply to The Darkness on the Edge of Town: Springsteen composed and assembled his albums with an emotional rawness that adds an immediacy that makes his music still fresh. He has continued to inspire, spewing a Jersey Shore sound that is carried forth today by such artists as Pete Yorn and The Gaslight Anthem. In the interest of full disclosure I’m from New Jersey.

And here is where it would be tempting to review the film that might have been verses what is: Springsteen deserves a far more conceptual film that has yet to come, a filmic equivalent to his lyrics exploring the American experience through poetics – he has at once Mark Twain and John Keats. It is hard as you can imagine documenting the energy; Thom Zany has created a mixture of talking heads and footage captured while Springsteen and his E-Street Band were at a crossroads in their career. The Darkness that is referred to is the period between adult and childhood, or as has been the subject of a popular New York Times Magazine feature: immerging adulthood.

Here “The Boss” has gone a year (unheard of them) from recording an album, his publishing rights are tied up in court and he’s struggling to break free. The film is at parts a skeleton key for understanding a truly outstanding and influential album (containing commonly associated “greatest hits” Badlands, Something in the Night, The Promised Land, Prove It All Night, and its title track). Much is spent in discussing the album’s production from special considerations in recording to mixing, aiming to create a big, raw sound.

The film that exists is competent, a compelling subject can hold his own, however we are left longing for more after several amazing rock documentaries including Rush: Beyond The Lighted Stage, which is one of the year’s best. This is not that film. For Springsteen you hope a more conceptual work deconstructing the cinematic qualities of his songs would have been made. Films such as Neil Young’s Greendale and Todd Haynes’ I’m Not There come to mind as templates for what might have been. It is worth noting, however Thom Zimny’s The Promise, will air on HBO on October 7th and will be featured in a box set release of The Darkness on the Edge of Town. The film feels like a supplement and not a standalone feature, still the subject is compelling.