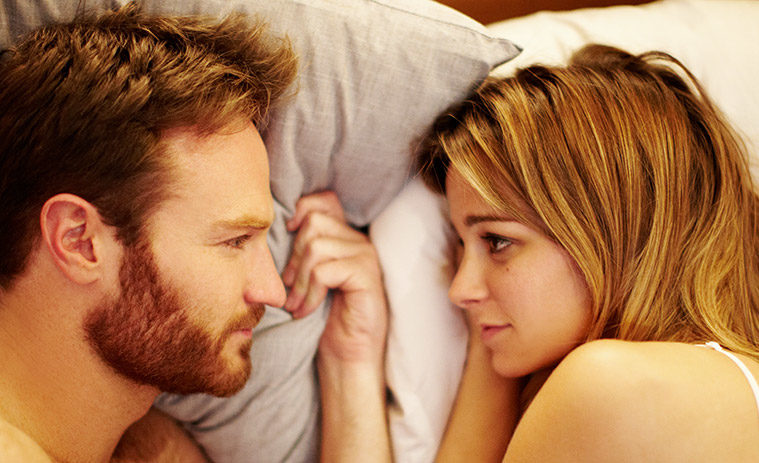 It’s been a while since the U.S. has produced a good sex comedy for and about adults. The last film exploring this territory, Sex Tape, is one I wish I had forgotten about, yet it has resonated as the worst film of the year thus far. The Little Death, written by, directed by, and starring Josh Lawson, is a great deal more mature and ambitious. A mainstream comedy from Down Under, Lawson’s film explores the sexual habits of a fairly disjointed group of adults, varying in age from their late 20’s to their 50’s.

We learn they reside in the same neighborhood and share at least one connection: a sex offender (Kim Gyngell) has just moved in and is required by law to inform his new neighbors. He delivers the news with fresh-baked cookies, dropping in on each of the couples at a time in which they’re distracted.

The Little Death most resembles another disjointed ensemble bedroom comedy: the 2007 TIFF hit Young People Fucking, while baring some resemblance to the superior Your Friends & Neighbors. Containing only a quarter of the cruelty of Neil LaBute’s film, Lawson and cast craft some truly hilarious moments, while other elements get away from him. Unbalanced, it simply is what it is, being sympathetic towards some of its characters, including Maeve (Bojana Novakovic), who wants her partner Paul (Lawson) to rape her, leading to a dark, funny and potentially traumatizing sequence in a moment where the film is firing on all cylinders. Others are a little more selfish, including Rowena (Kate Box) who is turned on by seeing her partner Richard (Patrick Brammall) cry. After his father passes she places pictures of him around the house and rents Sophie’s Choice and Philadelphia for a quite night at home. Rowena takes this gag just over the line into cruelty in a series of scenarios that start to wear out their welcome.

Phil (Alan Dukes) and Maureen (Lisa McCune) seemingly are the most out of place in this ensemble, as a couple in their 40’s with children. Phil is turned on by the sight of Maureen sleeping and thus isn’t sleeping at night. When a coworker gives Phil sleeping pills with good intentions, Phil uses them for sexual gratification much to the disappointment of his wife. This whole story thread just seems to never add up to feeling necessary in the grand scheme of things.

Feeling a bit more like sketch comedy than cinema, The Little Death is not without laughs, but the tone is all over the map, from couples who genuinely care about each other and even go too far, while others like Rowena who are genuinely cruel. The film has affection for Dan (Damon Harmon) and Evie (Kate Mulvany) as a couple engaging in role-play in a series of scenes that are funny, but not over the top. The Little Death is just a little too disjointed to fully recommend, despite several big laughs, and some impressive tone shifts that are handled well by first-time filmmaker Lawson. He should have played this material straight, interlocking these couples as they seek out advice from friends. The film contains too few scenes of characters talking out their anxieties with others — in fact, only really one pair do apart from some counseling they receive.

The film gets a lot of mileage out of its fetishes, while the performances effectively create a sense of intimacy. I’m glad to see a mainstream comedy take on the subject with the maturity (and in some vignettes, sincerity) missing from American comedies; that includes the film’s funniest sequence between a lonely relay operator (Erin James), a deaf man (T.J. Power), and a phone sex hotline. Unfortunately it doesn’t quite gel together as organically as it should to create the kind of giddy energy that would make us care about the actual state of these relationships.

The Little Death is screening at TIFF. See our complete coverage below at the trailer above.